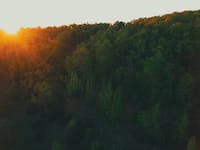 ambitiousmusing An aspiring writer.
Autoplay OFF   •   4 years ago
Transcript
The boy who fell in love with the sun.
romance shortstorybash17romanceangstgreek mythology most romantic shortstorybash17 stories

He ran his fingers through his hair, feeling it as feathers more than what it really was. Icarus’s head pushed into the touch.

"You can't." Apollo’s voice was strained.

He took Apollo's hand from his hair and pressed it to his mouth. Kissing all that jutted out and what didn't. Pushing just the tips of his fingers into his mouth.

"Please don't."But he didn't move to stop any of Icarus’s actions. He didn't move at all. His fingers danced up his arms, softly pressing into his skin.

Apollo lost all of his breath at the touch.

It was ragged and it was shallow.

Icarus pulled in closer to him as his fingers tickled farther up his arm. Apollo's fingers going past those supple lips, pushing deeper.

"Icarus." It came out raw and hoarse.

"Apollo." He said it soft and sweet.

"Icarus." It was barely a sound.

Apollo said his name again. He couldn't stop saying it. Over and over again. It felt as sweet as Icarus’s tongue inside Apollo's mouth.

Icarus rose his face closer to Apollo, fingers falling from his lips. Leaving a delicate trail. His mouth hovering just over his. He stopped right before they touched.

He stopped right before they touched. He dipped his head, mouth now over his jaw. Eyelashes fluttering against Apollo's cheeks.

Apollo snapped his mouth over his. Eliciting a gasp from Icarus. He murmured his name into his mouth. His name wouldn't stop flowing.

Apollo wanted the taste of him forever imprinted into his. For it to be the only flavor in his mouth.

And then it was Icarus who couldn't breath.

No. He wasn't breathing.

He wasn't there. He'd fallen. Apollo's angel had fallen. And he was in panic.

Icarus wasn't a whispered name anymore. It was a scream.

His body floating on the sea. The water hugging him. The hugs looking soft, but knowing they were truly crushing. And killing. Killing his Icarus.

"Poseidon." Another screamed name. "Save him." His voice was too raw. It was pain.

The only reply was a deep rumbling laughter. He would not save him. Why wouldn't he save him?

He couldn't see anything in front of him. Tears blurring his vision. He was a god, he shouldn't be crying. But Icarus. This was what Icarus did to him. He couldn't stop thinking of him.

The way his body seemed so fragile and nothing compared to the water.

Beautiful wings, broken and melted and nothing. Body that was held in his arms moments ago, sickly twisted.

Apollo went past the gates. Went passed Cerberus. All the weeping souls behind him. He prayed Icarus wasn't weeping.

"Hades." His voice refused to return. "Hades." He sobbed out. He couldn't believe he was sobbing. "Hades."

The other god turned to him. "Please. Help me." He gave Apollo a questioning look.

Hades shook his head. Apollo filled with dread, farther than it was before.

"Hades, please. I'll do anything. Please. I need him." He stood there. The silence deafening.

Apollo was only yelling before. He was screaming again now. "Please. Give him to me."

He shouldn't have resisted him. He should have taken him. Encased him. Drowned him in love.

"He doesn't belong to you, Apollo. Let him go."

"No!" He couldn't believe this. He wouldn't.

Hades gazed at him with such sorrowful eyes. It only enraged Apollo further. His voice was quieter this time. Disappearing once again. Still as raw as ever.

"Don't. Do not look at me like that. Give me Icarus. Give him to me. I will leave and it will be fine. Just give me Icarus."

There would be no Icarus.

Apollo screamed. Yelled. Sobbed. He broke down to nothing.