Commaful
The Big Question best friends to something more part 5!! 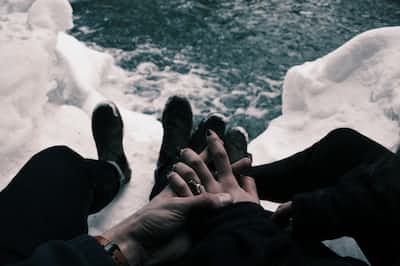 The Big Question best friends to something more part 5!!

Jason and Vanessa are at a fancy restaurant that is about 5 miles away from their house. As they eat, Jason sits there across from her smiling quing the manager that puts on the music.

the waitress comes to their table with an IPad that has a video ready for her to watch. As she is smiling and confused, she plugs the gold headphones in and watches the video. In Taylor S. words:

Hey Vanessa! Let me tell you a little thing about what you guys have been through together, he has told me ever since you guys were little, you guys held on and stayed strong. You stayed friends

For the longest time and while you were in high school together in all of the same classes, you became a couple, with in those years of being together has been the happiest years of his life.

Take it away jason!! IN HIS WORDS: hey beautiful. Today is our 4 year anniversary of being together as a couple and as best friends. I never knew how special you were until it hit me. Vanessa

You have been the life of my party, the peanut butter to my jelly. Even though times got rough we came together and got through it together. I knew right then and there that you were the ONE for

me. Let's take a look back 4 years ago. * video starts when they were in high school as best friends to a couple*

As the video is coming to an end, Vanessa never knew Jason was a really good hell of a singer, in caption it says to remove the headphones and look up slowly. She looks at him, mic in hand

starts to sing "ours" By Taylor Swift. Her heart skips a beat after the first sentence and begins to tear up. As in mid sentence comes down from the table and goes to her and stops singing.

He begins his speech as he is slowly going down on one knee. "Vanessa, we have been together for 4 years and during those 4 years with us being together and being there for each other, would have

to be the best years of my life with you. When we first met at the playground in Elementary school i saw that you were alone, walked up to you and in 2.5 seconds we stroke up a conversation.

of our similarities. Vanessa. even at that moment i knew, we would be the best of friends and soon to be... * puts the mic down and was able to take out an ocean blue box with a ring inside*

He pics the mic back up with the box open and continues*...My wife. Vanessa, will you marry me? Vanessas crying and trying to calm down. "Yes i will!!!" The ring is on her finger and they both

kiss of love and happiness. The crowd starts applauding the couple with whistling. He gives the mic back and love songs keep playing till the engaged couple leave. "Vanessa, i love you so damn

much that words can't describe what just happened in that restaurant." "I love you too Jason... i actually thought it was gonna be just another dinner date." As soon as they arrive home, their

family members from both sides came home to congratulate them and threw a party for them. Jason and Vanessa were shocked about what they did. Music starts playing and the party lasts till 2 am.

once everyone left, they finally could celebrate alone. So they watched a movie with popcorn as normal and then go right to bed but they drank red wine and had chocolates with the movie.

and instead of heading straight to bed, they had conversations about what the wedding will look like and talked about the wedding mainly. As Jason was talking Vanessa starts kissing him.

He knows its his que to have sex with her. She says, "the night is still young, lets go". 45 Minutes later they were knocked out and fell asleep.

throughout the night while they slept naked, vanessa's mom supposably forgot something and came back to get it and walks into their bedroom with them sleeping and bare while under the covers.

Her mom nearly screamed but held her breath, grabbed what she needed and left as quietly as possible, peacefully. Vanessa wakes to the front door shutting and looks to the left of her to see him

still asleep. She texts her mom and asked if she was there. Her mom had to explain and Vanessa had to tell her to give her a further notice or to wait till the morning.

When the sun was rising he woke up and woke her up after the situation with her mom. So he put clothes on and made both of them chai tea and breakfast in bed for her. She thought to herself that

she had made the right choice to marry him.