Commaful
What if we’re last? Chap 5 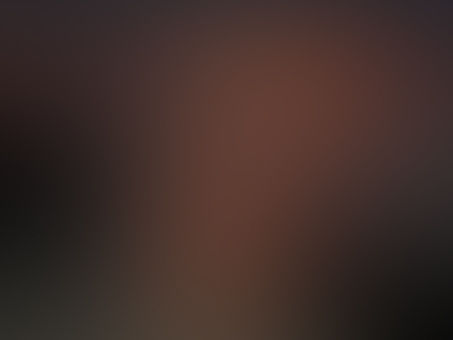 alyzaj I am a aspiring author. All pronouns
Autoplay OFF   •   a year ago
Transcript Use Images
They find the girl they were looking for in the middle of some abandoned cars
fiction apocalypse

When the light becomes bright enough I lift myself up. I look down the hall at the bedroom, then I look at where Sly lays.

His eyes are closed, I wonder if He had fallen asleep when I was thinking. I take one last look around before treading down the hall and into the bedroom.

Jye lay there quiet, the wispy drapes from the canopy surrounding him as if he were sleeping beauty. I suppose the biggest difference between them now is that one woke up.

I move back one of the torn drapes and put two fingers to his neck, no pulse. I knew this would be the case, but nobody is really prepared for something like this.

I stand by his now pale body, taking a moment of silence for both him and I.

A hand gets placed on my shoulder. " Jesus!" I shout, my peace interrupted. "What the heck dude!" I turn my head to face Sly. "I'm guessing he's gone?" Is all he has for a response.

I nod, solemnly. "I'm afraid so." The news wasn't shocking to anyone, it would have been a miracle if he survived.

Sly leans down to Jye's bloodless pale face, and grabs his hand. "I'm sorry you had to leave like that ,hon, but you were strong and brave. So strong." Sly glances down, then looks at me.

"What do we do with him?" He asks. "It would be weird to bury him." I say. " but would it be weirder to leave him there?" I look at Jye, a person who I knew nothing about.

A person who I only knew at their dying breath. "No," Sly finally mutters." We are going to leave today anyway, so I suppose we could leave him." Tears well in Sly's eyes.

"We need to find Ellington." Sly declares, standing up and dusting off his pants. "Yes," I agree, "I hope we find her in good health." I add. Sly gives me a look I've never seen from him.

It's something along the lines of 'not the time'. I take that as a hint and shut up.

In no time we had packed up all our stuff, said goodbye to Jye, and headed back on the road. I held Jye's journal in my right hand.

I crack it open to the first page, hoping to learn more about Ellington, and find something shocking. The first page reads:

'Dear Ellington, you don't know I'm writing this, but I am.

I have a feeling that you just might survive longer than I will, your bravery and street smarts will get you farther than my book smarts ever will.

Mom may not have believed in you, but I always have. Mom cares more about grades but grades won't help you in the end of society.

You may look down on yourself now but I have trust that you'll make it trough this, if anyone will it'll be you.

Ellington must be his sister I decided. If Jye's death didn't mess me up, this definitely did. It made me think of my own brother. I should have treated him better when I had the chance.

I should have been there for him like Jye. A tear clouds my vision. Sobs and hiccups rise in my throat, but I won't let them out. To survive you must be strong.

I need to survive, not for any purpose except that I'm afraid of death. I don't want to go.

I decide to close the journal. Not forgetting my two current missions, find Ellington and find my brother. I need to find my brother, and sister, because I should have never left them.

Part of being strong is the ability to right your wrongs, and that's what I need to do.

Sly turns to me "The roads blocked." He informs me " abandoned cars everywhere." People probably left their cars when the realized that thisi was happing everywhere, not just Chicago.

"I say we duck between cars," I offer," or climb over them." To tell the truth I thought both of those ideas were equally stupid.

Sly looks at me as if he thought the same thing, but he surprises me by then saying "That makes sense."

We find cracks between the packed road and squeeze through. While slender, Sly is still bigger than me and has a tougher time getting through.

"Hey Hon," he calls"I'm gonna climb over these cars here, ok?" He begins climbing on the car. "Ok just be careful!" I call up to him. " I'm always careful dear!" He calls back.

As he climbs and jumps from car to car, I squeeze and weasel my way through on the ground. As we make out way through, we start to hear the faint noise of a person.

"Hey, do you see whats making that noise?" I ask Sly, who is currently 10 feet ahead of me, and who's higher up than me. He steps on his tiptoes on the bright red truck he's currently on.

"No, not yet." He shakes his head. "Let me get closer." He jumps from the truck to a silver minivan and then on to a smaller car that I couldn't see from where I was.

"Oh my god," I hear Sly say softly. He then jumps off the car to where I can't see him.

I inch forward trying to find him. "This is taking forever." I tell no one but myself. I look at the car next to me. "If I'm ever going to find him I'm going to need higher ground.

" I grunt pulling myself up the car. Once up there I look around, nearly losing balance. I hop a few cars then see him. He's bandaging the arm of a girl.

She couldn't have been more than 13-14, she had long brown hair with a faded purple strip. Her arm looked cut, must have done it on a car.

I climb down the car to join them below. The girl looks at me with soft eyes, ones that may have be sharp but have been worn down.

"Hi," she whimpers,"you must be the girl he said he's traveling with." I nod at her. "I'm Ellington," she says, and it hits me like a dagger.