Commaful
What if we’re last? Chap. 4 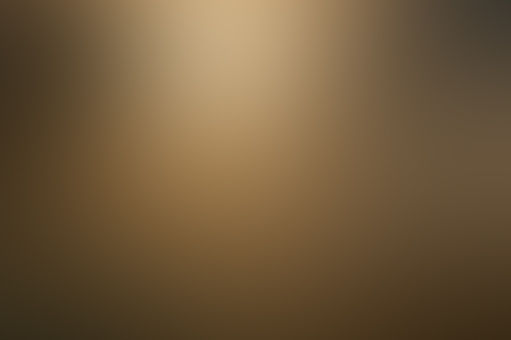 alyzaj I am a aspiring author. All pronouns
Autoplay OFF   •   a year ago
Transcript Use Images
An unexpected visitor crashes in. Plus backstory monologue.
fiction apocalypse

If I were to put my thoughts into a journal I could make a philosophy book.

I've spent the last few nights wondering the same things: Would it be better to survive in a lawless broken world? If I live what will I even be living for? Will anyone even make it?

I've seen the disease first hand. I've seen people close to me as they molded and fell apart. The disease I managed to avoid.

"If I survive what would happen?" Would be what I'd ask if I hadn't lived this long. I've survived this long, it feels as though I should continue.

"But we'll all die!" They shouted "We'll run out of food!" The government assured we would get food, and we did.

Alas people didn't listen, they still went to stores, they protested, they went outside. People who did that got sick. My parents were slaves to the screen. They protested with the others.

When dad got sick it all changed. I took my siblings with me so we could avoid risk. When the raids happened we got separated.

I haven't seen them since,and that's why I plan to go back to my hometown...to find them.

I get up from my place doing the laundry. I search the house for Sly. I find him in the living room, writing in a journal. "Heya Sly." I greet him.

"What's up Buttercup?" He responds in an expected manner for him. "What are you doing?" I ask in an attempt to make a dry conversation.

"Oh come on!" He laughs, "I thought we were closer than that!" I crack a small smile,

"Yeah, I suppose so, But like you said' I gotta be careful'. I wink at him and sit down on the small worn couch. " I suppose I did say that didn't I?" He takes a deep breath.

"I had forgotten, I haven't talked to no one in a long time. Was stupid of me to try to get close eh?" He slouches into the couch. I look at him "No, it wasn't. It's human nature.

I think you're quite nice, and the longer we travel together the closer we will be. Right?" I smile at him. He rolled his eyes and got up with a small grunt. "Yeah I suppose so.

" He turns and makes his way to the window.

At that moment a crash sounded from outside. It felt like a moment from a young adult novel. A dramatic moment then an interruption, it might have been cheesy if it weren't real life.

A boy who looked about 16-17 stumbled into the house. I grab the mask fastened to my belt and put it on. I motioned to Sly to do the same. I look at the beat up kid not quite sure what to do.

The kid looked about my brothers age and something about that made my sisterly instincts kick in. He didn't look sick, but his clothes were covered in blood.

"Are you ok?" I manage to blurt, "what happened?" He looks up at me, eyes draining of life. "Hello," he says in a false calm, the calm of someone who knows they're dying.

"My name Jye. I have been attacked by a 'zombie'." He tries to air quote but is to weak. " I've been badly hurt and don't think I'll make it. I have to request...if you don't mind.

" His eyes plead for me to say yes, and watching him here makes me listen to them. " As long as it's not too crazy, I'll do anything.

" I say, trying my best not to cry or be horrified by the massive amounts of blood on my hands. " I want to stay here tonight, I want to lay down." He coughs, blood filling part if his mask.

"I also want you to give this to a girl named Ellington. We got separated not to long ago," he pauses and coughs again, choking on some blood. " she should still be near.

" He hands me a notebook, one that looks similar to the one Sly has. I take the notebook, look at Sly and nodded. Sly an Jye then head towards the bed.

I'm not sure where I'm going to sleep tonight, but it honestly doesn't matter. Another day alive is another day alive, seeing Jye really made me realize that.

I'm lucky, I'm alive and uninjured. I also have company, I'm sure not everyone does.

Halfway through the nigh Jye goes silent. I know this means one of two things: 1 he fell asleep and will be fine tomorrow (we had changed his bandages once we laid him down) or 2 he was dead.

A morbid line of thinking I know, but I've been out here so long I've become cynical.

With the house now silent I try to fall asleep. I'm on the floor on a pile of blankets, as I insisted that Sly keep his place on the couch.

He said something along the lines of " Ok hon but if you can't sleep let me know and we can switch spots." I told him ok and made my floor bed.

I can't fall asleep, not because of the floor bed, but because I can't stop thinking about Jye. When the morning comes I'll go check on him ( he had given us permission).

I'm dreading going into that room, I know he'll be dead, no amount of bandages would ever change that. He had already bled out so much.

Jye looked a bit like my brother too, dark wavy hair and dark eyes. I can't help but wonder where my brother is. He and my sister said they would be safe if we got split, I hope they really are.

Sly's still awake, I can tell because of his breathing. I'm sure he knows I'm awake too.

I don't say anything, neither does he, we just lay there in silence until finally a ray of light shines through the palsy curtains