Commaful
Random thoughts I have 3 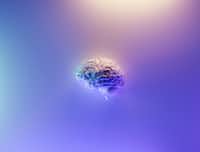 Random thoughts I have 3

The brain named itself.... Think about it... The brain did... In the past technology wasn't available but back then there was the materials for that technology does that mean people from the past generations are just smarter... I wouldn't know.... Maybe.

Who decided males were better? I mean females give birth to the males... So why are males "better" I think they are equal. In 100 years all my friends will be dead... About 15 years later I will basically be completely forgotten from this earth like I was never there. Ever.

Say you have two siblings. You die they both attend your funeral... The other dies. The other one attends their funeral... No siblings attend the last ones funeral... Somewhere in the world there is a group chat with all dead people so nobody ever uses it but it is still there. Ok enough with the dark ones!

I wonder where all my baby teeth are... They could be anywhere they might have decayed or they might have not... Do dogs speak one language... Or would a dog in China speak Chinese dog and a dog in Japan would speak Japanese dog... Or do they all just speak dog... Just ine language

Would a dog understand sit in another language... Or do they only respond to that one language? This one is in the wise words of tommyinit: can a cow be a lesbian? Can they? I dunno.

Worms are like the LGBTQ plus icon.. They are both genders.. They mate with multiple worms... Very nice! Speaking of which why do people say their is two genders when science prove animals are both genders which is a different type of gender?

If I eat all red why is my poop still brown.... Do dogs actually like dog food. They seem to prefer human food. **ok that is all!!! I hope you enjoyed this short little thing of my shower thoughts! :-) have a great day my people Stay hydrated**