Commaful
When I think sacrifice I imagine rotting humans in the fiery pits of the underground. Of a punishment so severe that the only word that can be used is sacrifice. I think of backstabbing and betrayal that ultimately end in something so much more than distrust. When you hear of sacrifice you think dark and deep. This is the scene I imagine: When I look back all I feel is regret. The one unspoken word that brought these chains to my very arms and legs. The one spoken word the went unsaid that brought me to torture. As I see red rivers fall down my arms, I think of the rivers my friends cried before I was sent here. Before they found out that I was a traitor and that traitors need to be punished. The grimy floor reminds me of something out of a movie, a mock reality, but this is some much more real, some much more scary. Who would’ve known sacrifice would be this hard. 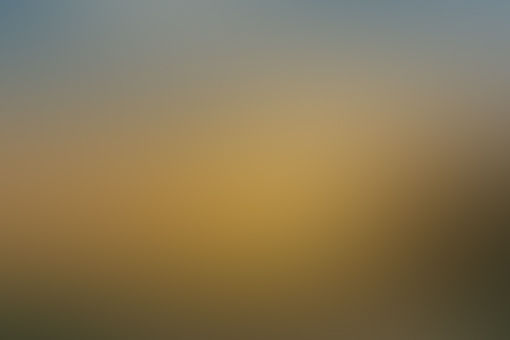 alysha40025201 Community member
Autoplay OFF   •   3 years ago
Transcript
This is a collection of short 5 minute writings based on one word prompts. See if you can guess the word.
poetry poetry

When I think sacrifice I imagine rotting humans in the fiery pits of the underground. Of a punishment so severe that the only word that can be used is sacrifice. I think of backstabbing and betrayal that ultimately end in something so much more than distrust. When you hear of sacrifice you think dark and deep. This is the scene I imagine: When I look back all I feel is regret. The one unspoken word that brought these chains to my very arms and legs. The one spoken word the went unsaid that brought me to torture. As I see red rivers fall down my arms, I think of the rivers my friends cried before I was sent here. Before they found out that I was a traitor and that traitors need to be punished. The grimy floor reminds me of something out of a movie, a mock reality, but this is some much more real, some much more scary. Who would’ve known sacrifice would be this hard.

Loss is the going away, leaving, departing of them. Of a cat, of a dog, or a person. My dad, a mom, an uncle, a sister. When you say loss, some might think of a pen, of a pencil. But what is a star to an American flag. What is the loss of a minuscule pencil, to a monumental life. Death. Death is the all time loss. Death brings grief and despair. But all death isn't the same. A car accident, the sudden death in which you may be responsible for, you may take the blame for, but in the end it doesn't matter, it wasn't you. It was that gray Subaru with the license plate QSAR 678 that you'll never forget. An illness in which someone painfully, slowly deteriorates until there's just a shell of a person in the end. Think Alzheimer’s for example, when you enter, you are the perfect, strong, fighting 40 year old mom. Then you're the one mom forgets to pick up their kid from practice, the one who forgets how to cook for their beloved kid. In the end, that kid who you loved with all your heart, is nonexistent, sure they live, but not to you. Not for you. A gunshot. Painful death whether deserved or not, where your last moments are spent staring down the barrel of your enemy’s shotgun. A warrior. A death that's known to be coming, but not caring, knowing it was for the greater good of the people of their country. Not thinking of yourself , but of others. Death all the same is loss, whether person or a pencil. The loss of a beloved.

Suspicious. When do you think of someone suspicious, you think about a tall, slender, non shaven man dressed in all black; eyes darting side to side, someone living in a shabby come a broken down house. You don't think of the nice little old lady who lives down the street from you. The plump, rosy cheeked she mind woman that reminds you of your grandma. That's because you make assumptions. Sure sometimes they are intelligent, but sometimes they're really far off, sometimes assuming is a big mistake. With a their who do you assume, if you had to give a sentence, who to? The shady man or loving grandmother.

(Before I begin, I want to open by saying that this isn’t written to offend anyone, I was purely a prompt , and I’m sorry if anyone is offended) The Pledge of Allegiance. You stand correct? Only, some don't, some sit and watch others like a lion ready to pounce, stone faced . Some don’t say it and don't stand. Let me ask you a question, here believe in ghosts? Let’s imagine you do. If the 622000 deceased soldiers from the Civil War watched you in pain, sorrow, with wounds gushing like the rapids of a river. If they were to watch you and tell you of their last seconds on this Earth before they faded away. If they were to be there, would you sit still, still stay off to the sidestone faced. When the pledge is said, do you stand respectful and strong or do you sit like a heartless person you are.

Hope is a funny word. Hope isn’t there at the moment because for there to be hope, there has to be a loss of something. It also tends to be hard to reach, but not too hard to see. Hope is hard work. But then, isn’t hope believing, HOPING for something to happen. Is there hard work in hope? If there isn’t, why are hopes often so unattainable, and why is hope so often misconceived as dreams. Isn’t wishing for cancer to be cured a hope, or is it instead a dream. Often, most people won’t know the difference. Is a hope a dream?

To wait, is to anticipate something important. Whether what you wait for is happy, sad, powerful, minuscule, it’s something. Big or little can also be made of different situations. A bus. A man is walking through the busy city of NYC and stops at a bus ready to ride and sightsee. Small RIGHT. Another example, as a man trudges through the smothering blanket of snow, he sees a bus in the distance. The first bus in a while. The bus that will not only take him to his house, but to his family, his home. The waiting is there. And whether it’s for a sightseeing adventure, or a ride to family, the suspense is there. As you’re waiting.

Revenge is retaliation,with the use of different letters,but it all looks the same. When you view the effects you gaze at pain, sadness,and anger. Whether it’s in the form of a soaring pencil flying back at someone after its first thrown. Whether it’s a punch thrown. Whether it’s a returned gunshot. You can never gage the impact revenge will cause. Whether a punch makes contact with a direct wound. Or whether a gunshot will end the last of a bloodline. It doesn't matter what it is, impact is everlasting.

When one imagines cruel, they picture blood. Blood, murder, torture chambers, and deaths. You don’t think of the small cruelties hidden behind a wall. You picture a little boy in a concentration camp that has been, or is being tortured to death. But you don’t imagine that shy girl who never looks up, that’s afraid to be noticed. Our society is also cruel, but not always in a monstrously overpowering way. Those who assume they better than everyone else based on materialistic things, are cruel. Those who burn insects for fun, are cruel. But did you ever think of the girl who broke your pencil, as cruel?

When going back and thinking about it, living without memory is unimaginable. Your memory shapes who you are and who you were, as well as who you will be. Without memory do you think you’d be able to remember those who you love the most, who love you the most. Nah. Without memory, we would be trusting to anybody and everybody regardless of who you REMEMBER that they are. Walking around without memories, or your memory is almost like walking into a room blind, when everyone else can see. Memory is essential to everyday life. Even with a disease like Alzheimer’s where you progressively lose your memory, you still have some, no matter how scrambled or broken it is. Your memory is like your body. It’s a temple. Are you ready for it to crumple down.

To be wealthy is to be rich, but to be rich doesn’t mean you have a lot of money. In fact, you are richer in emotion, kindness, and security than money because quality is almost always better than quantity. Whenever you look at someone more rich in quality than quantity, (for example Warbucks in Annie) they tend to be miserable and secluded. Wealth also tends to mean you are wealthy but for that to happen it would mean you are absolutely positively rich, but richness comes in a spectrum of levels. But if someone is not necessarily as rich as others, it doesn’t mean that they are poor, or of a lesser value. Because wealth cannot be measured.

The self restraint it takes to resist a temptation is huge. Not only is the physical block hard, but the mental block is as well. Think of asking a heroin addict to just up and quit using. It wouldn’t work. Because they have developed a certain dependence on it, similar to how some people develop a dependence on people. But then doesn’t that mean that human interaction is an addiction that needs resisting. I’m sure that some say that human interaction is the one addiction that you should stick with, not resist. But isn’t human activity the gateway drug, the one that you especially need to resist. Resistance is also about having the restraint to stop and say no, to stick with your decisions. So, will you join the resistance with me forever.

When something is broken, no one wants to claim full responsibility for the destruction of it. Whether an inanimate object or a living, breathing thing, the shame is almost always too much for someone to admit to. It’s sad really how the reliability of people isn’t a positive thing, but a negative because you know you can count on them to fail. And then there is broken in the sense of mentality. Whether it’s depression, a tumor, or even schizophrenia. To feel the break is not the same as being impacted by the break. It’s like a ripple effect because sure, the point of impact takes a hard hit, but the surrounding area isn’t spared. The common area between the two is the sense of pain. Whether the pain is self inflicted or surrounding area. Whether the problem is minuscule or not, the root is this: broken.