Commaful
That day years ago(3) 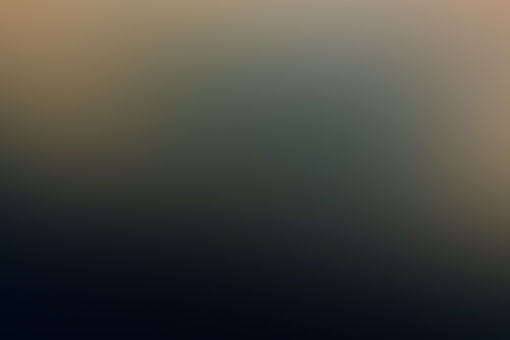 alphawolf6871 "Ur just as sane as I am."Luna Lovegood
Autoplay OFF   •   a month ago
Transcript Use Images
I know i said it would switch between Deku Todoroki and bakugo's pov but i think this one should be shotos pov because of what happened last chapter. Thnx 4 understanding.
fanfiction todobakudekuhybrid katsukihybrid dekumy au

That day years ago(3)

I shudder, the wet dog taste still in my mouth. But what makes me curious is the small feeling at the back of my mind. I focus on it and suddenly I can see what Katsuki is doing. I cloak myself in darkness and spread my wings taking off. He is in an alley, struggling to maintain consciousness. I run over to him and he looks at me, his pupils are slits, and his breathing is ragged.

"Get away!" He says panicking but is too weak to. He slumps forward, but starts to mildly panic when he notices he is in my arms. I hear a flutter of wings and turn around to see Aku. "What did you do now?" He hisses, and then his palm meets my cheek. "I fed a little, but then this idiot decided to kick me, and I think we accidentally mixed our blood."

"You..ugh...just bring him to the house and we will bring the head council member in." Aku says and I nod, spreading my wings, and grab Bakugo before taking off. "Aku..umm.. when I ate a little from him, and I instantly threw it up, because... it tasted like wet dog." I say, an embarrassed blush spreading across my pale cheeks,

"Wait...WHAT??" He hisses and I reel back landing. "You mixed your blood with a Lycan's ??!" He cries out, and I am confused. "What's a Lycan ?" I ask dumbly. "A werewolf, a lycan, lycanthrope, all the same." He hisses. " What does that have to do with me?" I ask. "You've possibly created a monster that could cause war between the two species."

Aku says and I reel back, he's never been this angry with me. "It's not my fault he kicked me." I hiss. "No, but you bit into him." Aku exclaims. "How was I supposed to know what he was, you haven't let me out of this house since I was five!" I hiss, my wings starting to quiver. "You were still a fledgling, if you went out into the sun you could've burst into flames!" He cries out.

"That doesn't explain anything. Nothing. Nothing at all, you kept me here. I had to sneak out just so I could register for U.A , and once I find my friends again the hunger hits." I hiss, and he reels back this time. " I am not a toy in your little game no more!" I hiss advancing on him, and his wings droop in submission. "What the heck?" He growls, and I laugh.

"You've played your games for too long." I hiss and go over to him bending down. "Well, Aku Toga, it has been fun playing with you, but the game was bound to end soon." I say, picking him up by his collar and throw him into a room full of wooden stakes. "This is where you meet your end!" I hiss, and walk away as a flashback hits.

*Flashback* 7 year old Shoto I was playing happily playing with my toys, making the cars crash into one another when Aku comes in, his lips curved up into a smile worthy of a maniac. "Hello!" I say smiling, the cars still in my hand."Hello little Shoto." He says, purr-like. He picks me up into him arms, and we run through the house having fun.

He would put me over his shoulders and laugh when I squeal in delight. Then he opened the door to the room I just threw him in and he tosses me in there. "Wait, what did I do?" I ask, a little scared of all the pointy objects. "Nothing, you are my little experiment after all." He laughed out, his eyes shining maniacally. "Let me out, I don't like it!" I cried.

out there with their families just filled me with joy. My favorite animal is the deer, so graceful, so beautiful, I want to pet one, but I didn't wanna endanger myself to the sun. I sighed then walked away from the window and went to my room and played with my stuffies. "Hello, Pads!" I said to my stuffed black dog. After that I had screamed for

him to let me out. I was in that room for hours, being poked, and prodded, screaming my throat raw for him to let me out. But I was in there for weeks to months. Even Hana doesn't even look at me when I come out. Aku would pick me up and throw me back into my room, before kicking my head. I had whimpered and cowered in the corner, and fell asleep there.

"Goodbye Aku. Have a nice time in Hell." I hissed and shut the door.