Commaful
That day years ago(2) 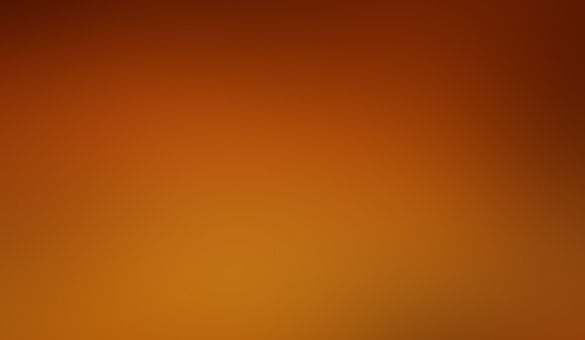 alphawolf6871 I like to write gay fanfics,and stories.
Autoplay OFF   •   a month ago
Transcript
Sorry if it doesn't go along with the title so kacchan just asked todoroki shouldn't he be dead this is from Katsuki's POV, It will switch povs between the three deku, katsuki, and todoroki, I might just make it todobakudeku pwq
fanfiction vampire todorokihybrid bakugohybrid dekutodobakudeku

That day years ago(2)

I almost crapped myself when I saw Shoto. I remembered the pain I felt when I heard I was never going to see him again. I look at him, he looks different, his red and white hair is in a long braid. But he is a few tones paler than what he was when he was a kid. After class I tap on his shoulder. He turns around and smiles, I notice his canines are sharper but I don't let him see. "Shouldn't you be dead?"

He chuckles and I just glare at him and lick the blood from my injury. "No, my father was being too dangerous so I made the decision to leave, I am only here to become a hero, besides I am never going back to Endeavor." He says calmly. Then Dabi's voice comes behind me. "Shoto??" He asks clearly shocked. "Hello, Touya." I say. "It's not Touya, it's Dabi." Dabi says.

I hear a hissing sound come from Shoto's direction. "What was that?" I ask, startled. "Nothing." Shoto says, I sigh and shake my head. "You're not my Shoto, where did he go?" I whisper to myself. I look behind me at the imopostor and walk away, grabbing the nerd way from the extra's. "Kacchan??" Deku says questioningly.

He looks the way I came and gasps in surprise. "SHOTO?!?!" He cries."That isn't our Shoto, he's a fake." I say and Deku whimpers, his quirk activating at these strong emotions,he grows fur all over his body, his eyes going yellow, he also sprouts ears and tail, the fur thicker near his hands, fingernails, claws. He takes his first form, a dragon wolf hybrid.

His ears go flat and he whimpers."Deku! Deku, calm down!" I say bringing him into my embrace, he whimpers, his wings and tail limp. "Hey, Deku!" The impostor, Shoto calls. Deku turns around, his ears perked up a little bit. "Yes?" He whimpers. "What's wrong?" Todorki asks.

"I miss my real Todoroki, the one that died when we were just five, I wish he was here to see us, how we got into U.A, I wish he was here!"Deku whimpers, his hair going from its natural green to a despaired blue. His fur also changes to the blue. I peck him on the cheek and he cries into my shoulder. "Really, out of all the people you could've impersonated, you chose our dead childhood friend!"

after telling someone my left side reminded her too much of my father." The impostor says, and I know it's true. "Hey, Deku, does he smell like Shoto?" I ask Deku. He looks at me then goes over to the impostor, sniffing him. "Yes, but his scent is tainted a little bit by blood." Deku says. I know it is our Todoroki, but I can't face the fact that he is here, but his scent was tainted by blood.

I go up to Shoto. "I believe you a little, would you like to go to dinner with me?" I ask him, me and Deku are really close but not dating yet, I wanted to get to know this Shoto, so I invited him to dinner. "Sure." He says, and smiles a big smile. His canines are really sharp and it panics me. "Meet me at Kotaro at 6:30." I tell him, and he nods, walking away.

Todoroki is sitting there, taking small bites of his food. He looks at me occasionaly as I eat some sushi(sorry, I didn't know what else to put, and my internet was acting up as I tried to write this) he is eating cold soba. "So, where have you been these past years?" I ask him. "Well, I've been at the old haunted castle for a few years, I liked it there."He says, smiling, but I see pain in his eyes.

"Are you okay?" I ask him, and his smile slides off his face quickly. "What makes you say that?" He asks, looking at me, his blue and grey eyes flashing. "I can see you're in pain die to your eyes." I say, he gets up and gasps, holding his stomach. "Are you okay?" I call after him as he runs away. I get up to follow him, running faster when I hear the scream of a girl.

I open a door to see Shoto with a girls neck in his mouth, blood running from her neck. I instinctively jump, and I end up meeting his cheek with my knee, he drops her and she runs, then he turns on me. He grabs my neck and bites into it. I can't scream. Then he suddenly recoils and spits. "Ugh, your blood tastes like a dogs." He spats in displeasure. I take this chance to run.

Part three will come out soon, I am also trying to finish up a beginning of a drarry story, I hope you all enjoy this because I personally don't ship todobakudeku, but I made it that because I was bored, so yeah. Have a great day/night, whatever. Drayce Malfoy-Potter TwT