Commaful
That day years ago(1) 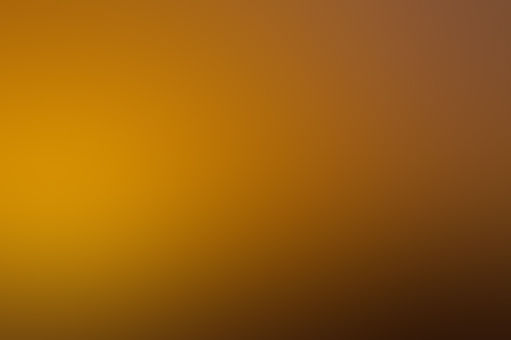 alphawolf6871 I like to write gay fanfics,and stories.
Autoplay OFF   •   24 days ago
Transcript
Shoto todoroki went missing at the age of 5 only to return 13 years later. I am sorry if it a little long.
fanfiction vampire todorokihybrid bakugo

That day years ago(1)

I was age five when it happened, it was a nice day at the playground. Me, Izuku, and Katsuki Bakugo were just sitting in the sandbox playing, making sandcastles, and the occasional eating of the sand which our mothers would make us spit back out.

At around 6:00 we started to head home, it was late enough to be dark, but no too dark. I was chatting non-stop when the shot rang out. I felt a huge pain in my stomach and heard my mother scream. I held my stomach and fell to my knees begging for it to stop. I felt my consciousness ebb away, but I fought, hearing my mothers words,

"No, Shoto, please be okay, my baby, I need you, don't go. Please??" She cried and I watched her fumble for her phone. "Mama, am I going to be okay?" I asked, coughing, my mom whimpering as something wet rolled down my face.

"I don't know dear, but i need you to live, I need you!" She cried, and it took me until round the age of thirteen to realize, she only wanted me to live for her own safety, she treated me well until she gave me the scar on my right eye. I heard aunt Inko's voice and I cried getting extremely tired. "No, baby, stay with me!" She cried.

I looked at her, and smiled. "Mama, you always told me sleep was good for you, and I am hurt and tired, maybe sleep will help me." I had said, now realizing how stupid that once was. She shook her head no. "My dearest Shoto, this time I don't think sleep will help you." She said before I closed my eyes, going into an endless slumber.

I ended up awaking a few days later in a huge bed, way too big for my tiny body. I sat up and looked around hoping to locate my mother. "Mama?" I aksed into nothingness. Then somebody walked in a pair of leathery bat wings held high as if he was proud of himself. I whimpered and tried to make myself look smaller, but that didn't work.

I heard a deep chuckle and next thing I know I am in his arms. "Well, look who's awake!" He exclaims and a little girl walks in. "Hello, my name is Hana, which means flower, my quirk is plants, i can grow plants from anything." She says, and then I remember the dude holding me. "OI, CORONA!!" I exclaim jumping down. (U bipolar child)

"I am Shoto Todoroki." I tell her and she gasps, "You're Endeavors son right?" She asks, and I nod. "Do you have siblings?" She asks, and I nod. "One, Touya." I answer, and she looks at me with disbelief. I look at the dude and jump as I see his eyes, they're crimsom red. "Who are you?" I ask. " Aku Toga, Himiko Toga's brother." He answers, his voice a low hiss.

"Who's Himiko Toga?" I ask him and he chuckles. "An eight year old child." He answers. I look at him and look at the girl, who is smiling up a storm, when I notice she has fangs to. "What are you guys?" I ask and they stop and look at me. "We're vampires, young fledgling." Aku says, and I feel offended that he called me a fledgling. "I am not a fledgling!" I hiss, and he chuckles

"Yes, but we are testing out a theory, how long can a fledgling last until they absolutely need blood, and that is where you come in my friend." He says and I hiss. "I'm not a vampire though." I say and yet again they laugh their weird little laughs. "Yes you are." They say. ~13 yrs. later~

I get up groaning, my stomach cramping up a storm. I sigh and walk out, throwing my half red half white hair up in a casual ponytail. I almost attack the 32 year old vampire when he grabs my hair. "What do you want?" I hiss and he chuckles, holding an open bottle in his hand. I almost grab at it before coming to my senses. "It still doesn't affect you?" He hisses in my ear.

I sigh and smack my forehead."It does, I just have control." I answer, then he puts a drop on the tip of my tongue." Swallow, you've earned it." He says, and I swallow. I've had my neck snapped a few too many times. Suddenly I feel a little better and go sit down by the window. "You really like outside?" He asks and I nod my head. " Can I go to UA this year, I wanted to go before I died?"

I look at him when a searing pain goes through my back. "Not while your completing the transformation." He says and I sigh. "But-" I start and he puts a finger to my lips, and I bite, hard. He jerks my head back and peels me off his hand. "Newborns, always moody in the first few weeks." He mutters under his breath. I'm only 18 in human years so is Izuku and Bakugo.

That night I sneak out and go to UA and get the stuff to register. I make it back before Aku awakens, and I fill out the quirk registry form and turn it all in by the next night. I'm not allowed in the sun, my skin is still sensitive to the it, I get the letter in the mail a few days later and try outs are in a few weeks, I groan and get a blood bag when I am struck by a white hot bolt of pain in my back.

I fall to my knees, crying out and a little bit later Aku is by my side, I bet he smelled the scent of my blood. He holds me and cradles my crying form in his arms. I was once a softy, not now, I barely cry and eat no more. After about an hour the pain eases and I stand up and look at Aku. "It is over." He says, stroking, what I guess, one of my newly formed wings.

I was accepted into class 1-a but I am not allowed to reveal my other quirk not the original half hot half cold. I see my brother Touya in this class. I've scanned through his memories a bit and turns out I have two more siblings. His hair is black and he has burns all over his arms. Izuku managed to get in, his quirk manifested and it is a really strong one too, it's a shapeshifting quirk.

One day Bakugo came up to me. "Hello, Shoto." He said." Hello, Katsuki." I said, turning to look t him, forcing myself to keep cool when I smell the fresh blood from a fresh cut. I manage to keep my eyes from going crimson.

"Aren't you supposed to be dead?"