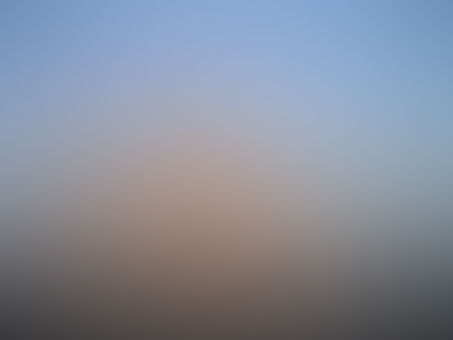 The drive back to the Millennium was mostly silent. Thor looked out the window intently and I wondered if he'd missed the world during his self imposed isolation.

I made attempts at idle chit chat but his answers were mostly just grunts of acknowledgement. I left him alone to his thoughts and maneuvered my way through the city.

It had been a long two years since he saved me from the destruction of Sajoren, my old home world.

Evacuation efforts from other planets could only do so much and most of us were being left behind to fend for ourselves as our small world slowly collapsed in an unyielding inferno.

Thor had been traveling with Quill and his team on the Benatar and they had come to help with the rescue. I was looking for my sister when Thor pulled me out of the burning house.

I hated him for it at first but knew I had been only moments from death. After that I traveled with them for just over six months until we got word my sister might have been spotted on earth.

So I was dropped off in Colorado to go in search of her. I'd heard Thor was dropped off a few months later but I had been deep in my hunt and couldn't afford the distraction.

One year, four months, and eleven days after landing on earth I heard from a family friend that my sister didn't make it off our planet in time. My search was over.

After a few aimless, heartbroken days, I saw an email from Rocket asking me to go look after Thor when I had time.

In the time I was away I clung to the memories I had of him and the months we had together.

He was the most honorable man I'd ever met and he took such good care of me as I recovered from the smoke inhalation and minor burns. I fell for him hard during that time.

He was bright, funny, caring, and yes haunted by his past but he was working on it little by little.

The sullen, disheveled man next to me was not the man I had left behind but I cared for him all the same. Who I still loved, if I was being honest with myself.

Leaving him had been one of the hardest things I had done in my life but my search was only supposed to be a few weeks and the guardians had their own mission to deal with.

I regretted leaving him on that ship every single day I was on earth.

Breaking myself from the memories, I pulled into the valet queue and looked over a Thor. He was staring out the window at the tall glass building quietly wringing his hands in his lap.

The glass shone so brightly in the late afternoon sun it was like a mirror.

"This is it," I said lamely "home sweet home. Until I sort things out at least."

The valet came around for my car and I lead Thor into the great lobby of the Millennium.

He reached for my hand and grasped it tightly. I looked up at him and the stress was visible on his face. "Come on, we're almost to the elevators."

I kept him close to my side and once in the elevator I moved us to the back where he and I had our own little corner. I shifted positions and put myself between him and the crowd.

He was clearly uncomfortable being around so many people. It was surreal that I was now the fiercely protective one.

We rode up twenty three floors to my room and I didn't let go of his hand for a second. The last of the people got off several floors before but it didn't seem to relax him much.

My suite was one of two on the top floor and I bolted for it, Thor in tow, as soon as the elevator doors opened.

My keycard tapped against the door panel unlocking it and we entered the dimly lit space.

"Hang on, let me get the lights." I told him, finally letting go of his hand. As expected, he went back to wringing them.

It was a nervous habit that most people didn't pick up on but once you noticed, it was unmistakable.

The lights flickered on, giving him the full view of my spectacular suite.

It was a single floor layout, more of a luxury apartment than a suite but I would be here a few weeks and wanted to feel at home.

Thor glanced around taking it all in, not moving from his spot at the entrance. I wished I could read his mind.

I knew he had had some dark times between The Decimation and when the Avengers reassembled but everyone thought he was past them.

He had regained Stormbreaker and the world was slowly returning to normal so there shouldn't be any lingering ghosts to haunt him. Mental illness doesn't always fight fair though.

After awkward seconds of standing apart not speaking I motion for him to come sit on the sofa with me, "Come on, let's find something on TV."

He joined me on the large white sofa, sitting so he could spread out without infringing upon my space. I clicked through channels aimlessly, not in the mood for TV but not sure what else to do.

"I know that one." He said finally as an old episode of Entourage came on "I very much like this Vince and his entourage men."

"Okay," I set down the remote "Entourage it is."

Slowly throughout the episode Thor relaxed a little more. By the end I was all but curled up against him.

I wanted to broach the subject of his hair and clothes but didn't want to offend and have him retreating again on me. I had thought about this reunion for so long and didn't want to ruin it.

If only we'd had more time back then.

"Hey," I said softly getting his attention "We can be honest right."

He nodded, his brow furrowing.

"I think you have a family of cats living in your hair." I bit my lip, unable to keep a straight face.

He saw I was teasing and his eyes twinkled "Really? Cats?" He asked playing along.

"Yep. One just peeked out me, I think you forgot to feed it."

His head roared back as he laughed. God how I missed that sound.

"Well what do you plan to do about these cats?" He asked.

"Evict them. I have this fancy shower in that room right there" I pointed "And a whirlpool tub too."

He groaned "You tempt me."

I stood up and tugged at his hands, trying to pull him up to stand. It was futile but I tried all the same. "Come on. Let's go." I told him, "I'll even get you a beer afterwards."

He relented "Make it tequila."

"Deal" I agreed, leading him to the bathroom.