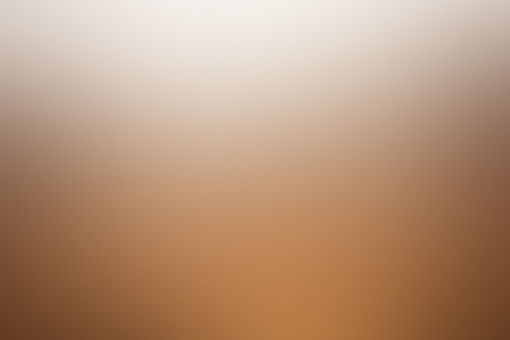 almartin1011 Community member
Autoplay OFF   •   2 years ago
Transcript Use Images
Once back in our room I allowed myself to laugh. Thor turned to look at me quizzically, "What is so funny?" I took a breath to calm my laughter, "That poor girls face. I thought she was going to faint. The effect you have on females is just priceless."
fanfiction thorthor odinsonfat thorthicc thorthor x octhor x original characterthor x miamcumarvel universeavengers most romantic thor fanfictionmost romantic thor x oc fanfictionsaddest thor x mia fanfictionmost romantic mcu fanfictionanxiety fanfiction

Once back in our room I allowed myself to laugh. Thor turned to look at me quizzically, "What is so funny?"

I took a breath to calm my laughter, "That poor girls face. I thought she was going to faint. The effect you have on females is just priceless."

He shifted his weight and slumped his shoulders, "They are only admiring what they think they see."

"I think they're seeing you just fine. It's you that needs stop focusing on the bad things."

"Seriously. I can see you just fine and you're wonderful inside and out."

Thor's cheeks reddened and I walked over to wrap my arms around him. "I love you" he mumbled into my hair.

His yawn was so loud and deep it made me think of Chewbacca. "Are you part Wookiee now?" I joked.

"What is a Wookiee?" He asked, confused.

"What are all these things? And why are you looking at me like that?"

"How have you spent this much time on earth and not watched Star Wars? I saw them all in my first month here! Hold on. You're watching them.

" I grabbed the remote, brought up pay per view, and rented Episode IV. "Sit down, watch this. I'll put everything away and then join you." I pushed him towards the sofa.

"So demanding" he laughed.

I put away his pants and linen shirts in the closet next to mine then moved around my clothes in the dresser to make from for his T-shirts and underwear.

The bathroom was tight on space once I unloaded everything he'd picked up but I made it work. I smiled looking around at all our stuff.

He had effectively moved in and I was enjoying the idea that it was most likely permanent. I would have to look for a place with him now, not just on my own.

"You're all moved in now." I told him as I joined him on the sofa.

He grabbed me by the waist and pulled me down so my butt was on the sofa but my legs were across his lap and he was cradling me with his arm.

It was comfortable and warm so I snuggled in contentedly. He handed me my drink from the coffee table and smoothed my hair back with his hand.

I must have been beaming like an idiot because he chuckled and kissed me on the forehead.

"There are several movies. Six in the original series and then a few that were released in the past few years."

"Wonderful! Can we watch all of them?"

"Sure. Not all today, but we can fit in a few movies a day 'til you catch up."

"What we will do now then?"

"We have about two hours until you your appointment so we could go trim up this beard and get lunch if you want to."

"Well, I think you need to talk to someone. About what drove you to that cottage. Not just this time either.

I worry that if you don't talk about things and really let yourself heal and move on that it's just a matter of time until you hit another rough patch. I don't want that for you."

"I talk to you. And I'm fine. I went shopping, got my Starbucks. You know it was just a minor setback this time."

"It's just a quick visit to see if you might need someone to talk to. Other than just me. And if I'm wrong and the doctor agrees with you then you'll never have to see them again.

I really would feel better if you met with them just this once."

"I appreciate it. I want a life with you Thor, I really do. But I worry that your past will ruin our chance at a future if you don't face it."

"Nothing can stop our future together. I am yours as long as you'll have me. I vow it to you.

I shall be a shield to your back and you to mine. I shall honor you above all others..." his voiced choked up and though I didn't know the words I could feel the weight behind them.

"Hey," I pulled myself up so that I surrounded him in a full body hug. "Hey now. I love you so much. That was beautiful. What's it from?"

"It's from the vows we say in Asgardian weddings. It's always been my favorite part."

"Of course. One day we'll gather our friends and stand before them saying the vows I've heard a hundred times but never expected to say myself.

You'll have beautiful flowers all through your hair and I'll give you my dagger to keep safe for our sons. Or daughters I suppose. And-"

"Whoa there big guy. You're forgetting something."

"Well Asgardian weddings take forever to plan so surely we have more to discuss."

"Slow down. Before all that. Typically you have to ask a girl to marry you and get a yes from her before you start planning the wedding."

Thor opened his mouth. Closed it. Opened it again. And closed it. The reality of his daydreaming had sunk in. "I never meant to... I just..."

"Oh come on now. You know what my answer will be. Please, ask me now."

"So? You're here. I'm here. You've practically planned out our whole wedding. Why not now?"

"Alright then. Mia Kyalan, love of my life, my sun and stars, will you marry me?"

I had never seen him smile that brightly as he pulled me back into an embrace and began kissing me fiercely.

I let myself get lost in that moment of pure joy, not worrying about anything other than that the man I loved had just asked me to be his wife. I moved my hips against his as our passion built.

Not wanting to stop but realizing where things were headed I stood up and quickly pulled off my jeans.

Thor took the moment to pull off his pants as well and when I climbed back onto his lap I moved so that he slipped tightly inside me while I straddled his lap.

I braced myself on his massive shoulders while I moved up and down on top him.

He pulled my shirt and bra off with deft motions and I tugged at his shirt collar until he leaned forward and pulled his shirt off too.

I continued riding him, my hips rolling against him rhythmically driving both of us wild. His broad palms explored my naked body and I arched below his touch.

My body was electrified and I gripped my nails into his shoulders. I quickened my pace, unwilling to prolong our pleasure but instead sending us racing towards our releases.

Thor had one hand massaging my breast, the other dipped low right by our union, rolling two large fingers across my clit in rhythm with my undulations.

I climaxed with a scream I couldn't hold back and he followed quickly after with a loud bark of his own. I sagged against him, spent.

Our sweaty bodies were breathing heavily and roasting hot. "Whoa" was all I could say. Thor chuckled, pleased. "Come, it's my turn to wash you." He said standing up with me in his arms.

He carried me gently to the bathroom and placed me down in the shower stall. I played with the water temperature and jet settings while Thor gathered our shampoos, conditioners, and body washes.

He came back in with his arms full of supplies just as I got all ten jets and the top three waterfall shower heads going. It was a tropical paradise in that shower and I never wanted to leave.

Thor was true to his word and washed my hair for me. He also offered to wash the rest of me but I declined knowing where that would lead and we were running short on time.