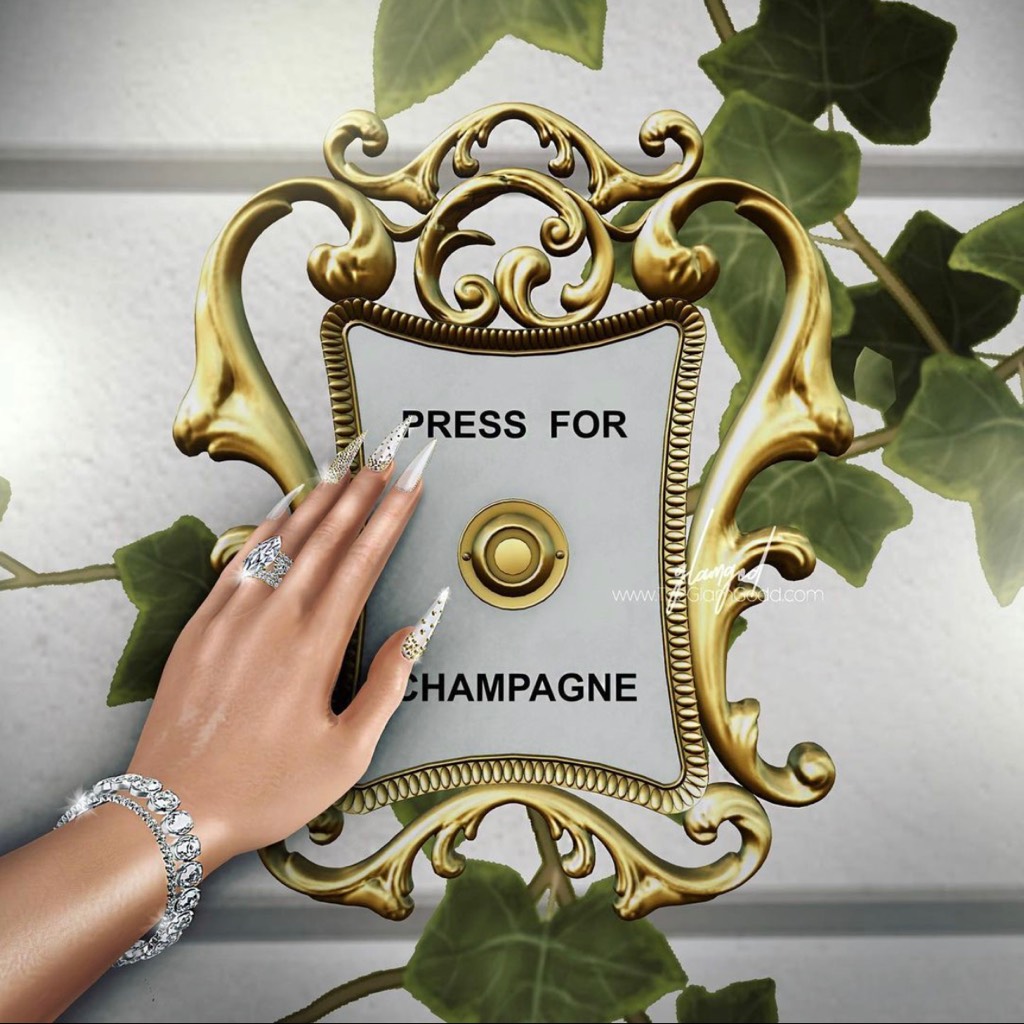 alluringmystery lost in the pages of a romance novel....
Autoplay OFF   •   4 months ago
Transcript Use Images
Annalise just can’t catch a break when a Vampire King shows up demanding to rescue her.

This is the story of a lone surviving human in a world filled with supernatural creatures, a world that was once called home to the Human race. Earth is now a world for mythical creatures to roam, bribe, and show up, one another at hosted events.

After being captured by the Vampire King, Annalise Indigo must find a way to survive in a world where she is a rare breed of prey. What talents can a young woman like her offer to a world-filled with royal heartthrobs? Who can a mere human depend on in her final hour? The brooding Vampire, or the short-tempered Wolf? What about the charming Elf, or the Mysterious mage?

This is a story of promise, everlasting love, royal scandals, and deceit.

Welcome to the Beast World where forbidden magic and scheming rivals collide.
romance romancefantasyadventurebetrayalfriendshipfriend-shipenemies to loversmagicalworldorphan

WARNING: Do not read if you are triggered by reluctant sexual themes, forceful themes, coercion, and non-consent themes. Violence, tyranny, narcissism, and blackmailing is a common theme throughout this story, please do not read if any of these things will trigger you. Genre: Adult Fantasy Romance

I try to stand up for the second time since arriving in this strange world, but fall down in a pathetic heap instead.

“H-humans are extinct,” says a random soldier. “How is this possible?”

The mesmerizing man in front of me holds up his pale white hand with a stern expression. “Leave,” he says. “All of you except Goemon, retreat.”

An ordinary soldier steps forward, like everyone else there aside from his Majesty and Goemon, he wears a plain and black fur coat that falls to the ground.

He is clearly of a lower rank and holds no true authority by the way he starts to stutter and stare at the ground. “B-but you Majesty! It could be a trap from your enemies...this human is no more than a feral—”

The Leader flicks his wrist, impatiently, not even bothering to spare the man a glance. The soldier gulps looking like a lost pup in the presence of an easily triggered pitbull.

“Sorry your Majesty,” says the soldier sullenly. “I’ve stepped out of line.” The insignificant soldier steps back into the small group of identically dressed soldiers to shield himself.

Goemon watches the sad exchange and shakes his head pompously when another man steps forwards. He gives Goemon a slight nod before acknowledging the King with an earnest gaze.

I realize that unlike the other soldiers, this man wears a fancy black-furred coat with various medals attached. His rank must be higher than the average soldier from before.

“Are you sure about this King Marcelo?” speaks the tall and overly muscular man. He has a beard that reaches his stomach and is graying.

The King makes eye contact with the man but shows a level of respect that he refused to give the other soldier. “General Dane?” says the King. “I’m sure about everything I do.”

General Dane nods. “Yes, your Majesty...but That soldier was right to show concern. A human appears almost a millennium after their extinction.”

King Marcelo nods as he watches all of his men retreat back into the trees, leaving just the three of us.

“The soldiers are all on their way back to my kingdom, but I can care less about that right now,” he says peering at me intensely. “They're all professionally-trained and hand-picked by me and they know better than anyone to keep something as big as finding a Human a secret…,” he smiles. “At least for now.”

I listen to his every word with a look of weariness.

The King glances over at me and dazzles me with another smile while I shiver like a stray dog caught in a snowstorm by a bunch of predators.

Inhumane predators, I think, until I notice the other boy's gaze upon me. Goemon's eyes are the color of gold, and as he stares at me, his pupils split into crescents for just a second and I gasp.

The long black-haired man smiles and kneels down in front of me to cup my chin in his cold hands. “Vampires!!” I exhale.

The man named Goemon gasps. “Sir! She might be feral and disease-ridden, you shouldn’t touch her!” General Dane watches me curiously, refusing to intervene any further, but keeping a safe distance away from me.

“Excuse me?!” I manage to scream indignantly before slumping over in pain. “I'm not a...wild animal!" I gasp in pain and feel my body shaking violently against my will.

"I-it hurts!" I mumble. "It hurts all over...!" The King catches me in his awaiting embrace with amusement and wraps his arms around me in an intimate hug. "There, there," he says. "I, the Vampire King Marcelo have arrived to save you."

“K-king Marcelo!” General Dane starts to protest. I blush and struggle weakly against him. “W-what are you doing! Let go of me right now!” I shout.

“This is ridiculous!” Goemon grumbles while looking away in disgust.

King Marcelo laughs and gently pulls me away from his muscular chest to stare into my eyes. His gaze stops any attempts I have at struggling and for a moment all I can see is his sculpted white face against his contrastingly dark hair.

The snow makes his glass-like skin illuminate like that of a fabled Snow God, and I can’t help but feel like this is really all just a dream. “This isn’t real..." I say.

Goemon looks worriedly at the King and mouths. “She seems off...” King Marcelo takes off his royal black coat encrusted with black jewels and chuckles softly.

I can’t help but look up at him timidly, he has a nice laugh. He wraps his coat around me and cups my chin delicately once more.

We stare into each other’s eyes and for some reason I find myself feeling sleepy. His pupils imitate Goemon's and briefly separate into what look like crescent moons, before merging back into one shape to peer into my soul.

“You are safe now,” says King Marcelo, his voice as calming as a lullaby. “Come into my arms and I’ll protect you.”

I try to resist but his voice is just so charming, like a song wrapping me in a soft blanket of love. Marcelo scoops me off the ground and into his strong arms.

“Y-your Majesty!” screams Goemon. “Have you lost your mind?!”

"It's alright Goemon, I would never fall ill over a weak woman like this. She's almost dead," says the King seriously. “Instead of viewing her as some wild animal think deeply about the situation.”

King Marcelo turns his gaze back to me and smiles cheerfully as I slowly close my eyes and feel myself drifting off into a peaceful sleep. I fight to stay awake in his strong arms but it's hard. His arms are so soft and the coat he's wrapped around me is very warm, almost as warm as sitting in front of a fireplace.

“I think I understand,” says Goemon softly. “A human has appeared in the Monster World after so long... this can only mean one thing.” Goemon gulps. “The Goddess lives...”

The Vampire King runs his finger along my cheek as I feign sleeping in his arms. I keep struggling to stay awake but the atmosphere feels so peaceful and his arms just right. Snow falls on my eyelashes and he softly brushes them away making my heart skip a beat.

Goddess?? I think to myself in confusion. Me? “I’ve struck gold,” says the Vampire King as he leans down to kiss my forehead.

I try not to let my heart thump out of my chest from embarrassment. I can’t believe he just did that!

Goemon gasps and I suddenly feel a painful pressure on my forehead and groan involuntarily.

“A purple symbol appeared on her forehead where your lips touched!” Goemon says, and from the sound of his voice I can tell he’s watching the Vampire King with wide eyes filled with disbelief.

I hear Goemon shifting back and forth in the snow before rushing over to the Vampire King and I. “You didn’t...” Goemon says, as I feel him leaning over me to see the magical mark up close.

The Vampire King lets out a low chuckle and I just know he’s smirking quite arrogantly. “I did,” he says.

A/N: Time to buckle your seat belts the story goes 0 to 100 from here. You've been warned. 👻 PS: Like and comment if your liking the story so far. ☺️