Commaful
A is for Apple Juice (an Emergency! fanfic) 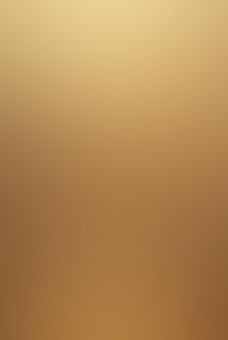 A is for Apple Juice (an Emergency! fanfic)

A/N: This is sort of a crack fic and sorta not, too. Read and you'll see what I mean.

so I did this. You do need to watch Emergency! to watch this; you won't understand this if you don't. Besides, it's a great show. I hope this makes you laugh!

DISCLAIMER: I do not own Emergency! I am simply borrowing the characters and will return them in one piece, all though they might be a little covered in glitter.

Gage was rummaging in the fridge, Chet observed. And very loudly doing it, too.

"Hey, what's the racket for? I'm tryin' to watch this picture." In fact he was. It was a picture called "The Thing That Ate The World.

" It was Chet's favorite movie and the whole station knew it. He talked about it every time a picture was mentioned.

Gage turned and glared at him. "Too bad. This is way more important. Where's the apple juice?"

Chet scoffed. "You mean your stupid app--" He realized what his pigeon had said then screamed: "WE'RE OUT OF APPLE JUICE!" He started running in circles.

"I KNOW!" Gage screamed, jumping up and down. "WE'RE GONNA DIE!"

The noise sent the rest of the crew running in the kitchen. Hank, the captain, observed the jumping up-and-down Gage and the screaming and running-in-circles Kelly.

"HEY!" he yelled to get their attention. The pair stopped and stared at him with wide eyes. Lowering his voice, he said, "What's with the panic?"

This caused mass panic. Chet started screaming and running in circles. Johnny started jumping on the couch. Roy also jumped on the couch with Johnny. Mike screamed at the top of his lungs.

Marco simply fainted. Cap sprinted to the fridge to make sure the accusation was true - and it was! They were really out of Apple Juice!

"TO THE ENGINE!" Cap yelled. With that the mob of firefighters, dragging Marco, who was slowly regaining consciousness, behind them to the engine.

They all piled in the engine, which was intended for only four people but the situation was desperate so they squeezed Gage and DeSoto in.

"WHERE TO?" Mike screamed at the captain even though he was right next to him.

"THE SUPERMARKET!" Cap yelled back.

In the back seat the rest of the guys were still screaming, which included Marco because he had woken up because Gage had performed a spell on him ("ABRA CADABRA!").

They arrived at the supermarket after nearly getting into a wreck with every car they passed.

Fortunately Mike was a good enough driver to go one hundred miles per hour and not hit anything because that could be bad.

The men piled out of the engine and sprinted into the building, still screaming.

"I AM A FIREFIGHTER! YOU MUST BOW DOWN TO ME!" Cap yelled. The lowly peasants bowed down to the group and started throwing all their Apple Juice in the grocery cart.

When they filled the buggy Johnny yelled, "ENOUGH, PEASANTS! FROM NOW ON ALL APPLE JUICE MUST BE DONATED TO STATION 51!"

"Yes, sir," rang around the aisle.

"WAIT A MINUTE!" a new voice rang out loudly.

Everyone turned around dramatically. Gage's long, against-regulation hair flew majestically as he spun around. It was another station: Station 10! 51's worst enemy when it came to Apple Juice!

The captain was interrupted by a container of Apple Juice hitting his head. Impulsive Johnny had thrown it at him.

10's engineer threw one back at Johnny. Then the peasants started throwing them everywhere.

Soon, it was a full blown war of Apple Juice. They forgot about the bomb, until... "WAIT!" That was Mike, the smartest one of 51. "WHAT ABOUT THE BOMB?"

Everyone froze for one, two, three. Then they sprinted towards the exit in harmony. The building exploded behind everyone and sent people flying in slow motion dramatically.

Confetti and glitter landed all over everyone.

Gage, who was deathly allergic to glitter, grabbed his chest and fell over and was very close to death.

DeSoto, Gage's best friend, collapsed to his knees next to Gage and started sobbing because he thought Gage was dead.

Gage opened an eye and gave DeSoto a puzzled look. "What're you cryin' for? I ain't dead yet."

"Oh, I thought you were dead, sorry." DeSoto peered down at Gage with a critical eye. Yep. He was almost dead.

Roy rolled his eyes. "I know that. Don't you remember I'm a paramedic too?"

"Tell my wife and kids I love them, Roy," Gage said.

"Wait--Johnny, you don't have any kids or a wife!" Roy exclaimed, but it was too late. Gage was well dead.

"Huh," DeSoto said. "I finally got rid of him. He was kind of annoying anyway.

" Then he tried to walk into the sunset but ended up getting hit with a piece of Hell glitter and turned into a glitter demon.

The rest of the men were now turned into glitter demons, too. And then they sorta disappeared and were never to be seen again.

(Really though, they were battling in Hell over Apple Juice and torturing innocent peasants with glitter.)

Chet woke with a start and literally fell out of his bed and landed with a hard thump. He lay there a second, tangled in his sheets, thinking about how weird of a dream that was.

"Chet, you okay there, pal?" Marco's voice came from the next bunk over.

"Yeah... I guess. I just had the strangest dream ever."

Did this make you laugh? I hope so. It was fun to write.

MY COMMENT POLICY: I enjoy reading comments, but please be kind. Do not cuss me out or anything. If you see something wrong, like a plot hole or a grammar mistake, please do tell me (kindly).

I live in fear of such things. Constructive criticism is appreciated. Flames do nothing but waste your time and my time because you felt like writing an awful review that does absolutely nothing.