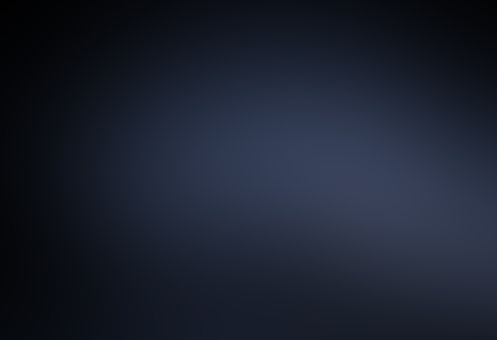 by alexandre I want you to know that I'm writing all of this shit for medical purposes. My shrink told me to do it. He said it might help me to overcome my inner problems. He said: “Let it all come out! Don't hold back anything! Just let it rip!” And I'm not doing this like I use to do when I'm writing all the other shit that I write.

Like rewriting; correcting; editing; reviewing; rewriting again and again, making what was supposed to be fun the more boring hobby on the face of the Earth. No! Fuck it! I'll oblige the doctor. It's all for therapeutic goals. “Let it all come out! Don't hold back anything! Just let it rip!”, remember?

And that is just what I'm going to do. Straight from the heart. No bullshit polishing the sentences, rearrange them, trying to make the perfect paragraphs, the perfect stories. This is it! Raw and rough. So, as the ultimate complying patient I'm proud to be, I'm following his instructions to the letter. And the first message, the first cry of freedom is for him:

“YOU'RE TOO EXPENSIVE, MOTHERFUCKER!” Now, that said, let's move forward and get down to business. Since a few years now, I can only function on drugs. And you know, the saddest thing about it, is that I can't even have the luxury of the good stuff (like coke, and heroine, and opium, and shit like that). I'm bound solely to what my shrink prescribed me.

Things like anxyolitcs, slipping pills and antidepressants. And that, in itself, it's just depressing! Why the hell can't I have a good time? Like anybody else? I don't even smoke, but if for medical purposes, why can't I smoke pot, for instance, instead of taking a prescribed pill to calm me down? I'd do that sacrifice.

I'd willingly do it for a bigger good... like science. Well, fuck science, I'd do it for myself, which is definitely a bigger good than science. Besides, I didn't want to take anything in the first place. I was clean for starters. It all began with something called a «Panic Attack». I didn't even know there was a disease with that name.

I thought you only had that when you were watching a horror film. Or when your wife is mad at you. But no. It's a real condition (when you're sick, especially in psychiatric terms, "condition" is the euphemism people use in your face when on your back they say you're fucked up).

It all started around twelve years ago. I was at work. It was about 12:06. So everybody was out for lunch. There were only three persons in the department: me, my friend Luís, and the director. I was drowned in papers trying to put things in order, basically doing the boring shit in a job I hate (pretty much as any of you) when all of a sudden, out of the blue, there it was. Mr Panic Attack itself.

Well, as I didn't know what it was by then, given the symptoms, I thought I was having a heart attack. Yeah, thirty-six years old and having a coronary stroke. I'm gonna die here, in this godforsaken place, surrounded by computers, files, processes, phones ringing, and all you can find in a regular office.

One minute I was standing by my desk, the next I was crouching holding my head – like if I was taking a crap with my clothes on – having all those weird sensations spreading inside and outside me. A million sensations, my friends, and every each one of them telling me: “I've got you. I'm gonna kill you. Right here, right now. You're mine, you little ant!”

Luís saw me crouching and although he knows I'm crazy, he found this behaviour quite peculiar even for myself. So he came to me asking what was going on. I couldn't answer because my brain was completely blank. In my mind I was too busy dying. And then he was calling to the director.

And the director came. He stood stock-still looking at me and asked to Luís “What's going on? What's he doing down there?” Luís responded “I don't know”, and then, somehow, I managed to say “I don't feel well”. The director said “Get him up! Get him up!”

Like if you don't tell her that you're dead she's gonna kick your ass. But hey, when you're about to cross over, you think the craziest shit you can imagine. You even start to talk to God. And you don't even believe in God. At least it was what you were proclaiming for the last thirty years of your miserable existence.

Oh, there's nothing like the fear for your life to bring back all your Faith. You become automatically a believer. And somehow, while you're telling God that you're sorry for not speaking to Him for years, for spreading among your friends your atheism, you can hear (unbelievable) Him talking to you. And it is something like this:

“Oh, now you wanna talk. Now you're calling me. Now you believe in me. Now I'm important. Now I'm the Omnipotent. Yeah, I could save your ass. Well, fuck you. I won't! You're on your own, shithead!” And when you're about to argue (beg is a better word), to tell Him you truly regret for doubting... and nagging... and cursing, and make funny of Him... He says:

“And don't think you're coming up. You're going down, you piece of shit. You think your life was hell around here? You wait and see. You just wait for the real deal.” Meanwhile, among this dialogue with God, Luís managed to lift me up. The director, in front of me asked: “Do you feel well? Do you feel well?”

In my mind, somewhere down there in a place that somehow was still rational, a voice told me to cry to him: “I'M DYING, YOU IDIOT! I'M DYING! THAT'S HOW WELL I FEEL!” But my mouth just kept repeating that sentence: “I don't feel good.” So, I'm not a particular big guy, but Luís is much smaller than me, and he was having trouble to keep me straight on my feet.

He was puffing from the exertion. But he was really worried. On the other end, the director said: “Hey! Take him outside. Take him to the bathroom and give him some water.” Can you believe this? I wanted to shout right away “I'm not thirsty, you moron. It's my HEART! It's my goddamned HEART!”

But the guy kept saying: “Give him water. Give him water.” And as Luís was leading me outside, to the bathroom, I was thinking “I'm gonna die from a busted heart, but at least, when I get to the other side, I won't be thirsty”. And for a dead person, that is really something reassuring. P.S.: Since then, I talk to God every day... just in case.