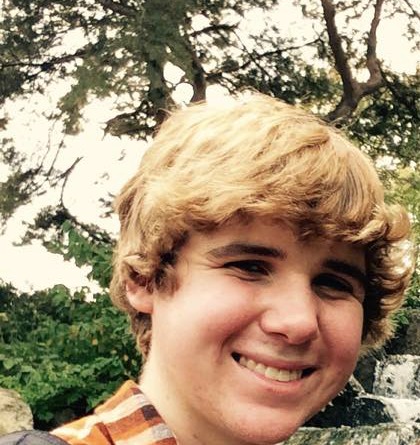 as the sky does today.

Seven flights led us out onto the empty roof top.

The smell of dying leaves and flowers coursed through the chilled fall air.

Your hair lifted and pushed from side to side

when the wind changed it's mind.

Ice cream cones in our hands began to melt

causing rivers of vanilla to appear on our knuckles.

with a dull brush and thin paint.

Silhouettes of people in windows who think no one sees them,

taking phone calls from people who'd rather not be seen.

The sun began to fall, we could tell because the greyish

We were alone there on top of that parking garage,

there was no one left but you and me.