Commaful
Talks on the Beach 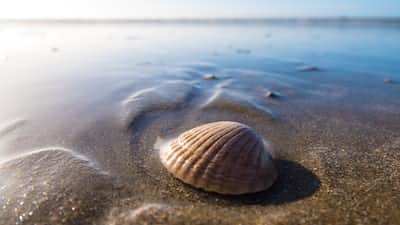 Talks on the Beach

They sat on the beach together, like they did every Thursday afternoon.

Even now, as Seniors, they were still close.

Their names seemed to be the only similar thing about them.

Sage was outgoing, friendly, and brave. She was on the Cheer team, was friends with basically everyone, and was on honor roll every year.

Lily was shy and timid, but once you got to know her she wouldn't shut up. She had only a few close friends, and most people at school weren't sure who she was.

But for all their personality differences, they had one big love in common; the beach.

Today as they sat on the beach, Sage couldn't stop fiddling with her bracelet.

"Sage, would you cut it out? You're so irritating." Lily laughed, her eyes scrunching up as she did.

"You're the irritating one" Sage lamely retorted, too distracted by her thoughts to really concentrate on a comeback.

"Lil, can I tell you something?" Asked Sage, looking down at the sand below their favorite bench.

"Course" Lily replied, half-listening as she sketched a shell Sage had found for her in her notebook.

"It's important." Whispered Sage, and Lily dropped her drawing immediately.

"What is it?" She asked, grabbing her friend's hands and scooting closer to her.

However, as soon as Lily's hand touched Sage's she flinched away.

"Did I do something?" Lily asked, confused. Sage just shook her head.

"What's wrong then?" Lily asked, and Sage let out a long, long sigh.

Instead of answering, Sage reached into her bag and pulled out a suspiciously familiar piece of long, thin plastic.

"Is it-" started Lily again. "Positive? Yeah." Sage choked out, glaring at the test as if by buring through it with her eyes she could make it go away.

"Whose is it?" Whispered Lily. "Mine, obviously." Sage spat.

Lily nearly choked on her gum. "When did you sleep with Andrew?"

"Last weekend, at a party." Said Sage airly, flicking her ponytail over her shoulder.

"Fucking hell Sage, are you taking this at all seriously?" demanded Lily, jumping to her feet.

"Me?" Demanded Lily. "What on earth do I have to do with any of this?"

Sage sighed. "I need money. For the abortion."

"Is that why you told me?" Spat back Lily. "Cause you need MONEY? Like hell I'm gonna give you money."

"I wouldn't ask unless I was desperate." Sage answered, steadfastly looking at the ground. "I'm trying to take care of this."

"Using a fucking condom would've "took care of this" Sage. Don't you think?"

"I was trying not to think." Sage whispered.

"And why was that?" Lily demanded, still fuming.

"Because I was trying to ignore the fact I have a crush on you, okay?"

"I like you, Lily. Have for a while now. I knew you don't feel the same way so I tried to forget by hooking up with boys at parties. I got careless and forget a condom and now I'm pregnant."

"I'm gonna need some time to process." Lily bargained, and Sage finally looked up from her feet. "Sorry."

"Hell Sage, don't say sorry." Lily answered, flopping back on the bench and gazing up at the sky.

"Okay." Whispered Sage. The two girls sat in silence for a long while.

After a while, Lily's phone went off with a text from her mom telling her to come home.

Before she left, Lily promised to meet Sage back at the beach the next day and talk again.

Lily left the beach with a swirl of new, confusing information in her head.

Sage left with a sinking feeling in her stomach.

Neither girl was sure what tomorrow would bring, but they both knew it'd be nothing like their lives before.