Commaful
Talks on the Beach (Part 2) 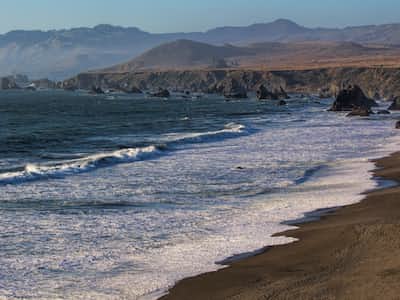 Talks on the Beach (Part 2)

Sage was already sitting on their bench when Lily arrived.

She had her hair pullef back in a high ponytail, and she saw sitting crosslegged, staring out at the water.

Lily froze for a moment, gazing at the face that was all at once so familiar and so new.

She had never noticed just how green Sage's eyes were, just how shiny her hair was, how smooth her skin looked.

"Hey" Lily sighed, and Sage turned to her.

Her previously neutral features curved up into a breathtaking smile, one Sage was famous for.

Lily found herself oddly flattered that she had been the one to cause that smile.

Sage watched Lily closely as she walked toward her. She didn't know how comfortable Lily was after yesterday, didn't want to scare her off.

"Hi" Sage finally said, after what felt like an eternity.

Lily began hesitantly. "You know I've never had a boyfriend..." She began, and Sage nodded.

"Well I've been thinking a lot lately, before you told me too, and I think the reason I've never had a boyfriend is... I don't like boys?" Lily squeezed her eyes shut as she waited for an answer.

She jumped, slightly, when instead of words she felt Sage's arms around her. After a moment's hesitation, she melted into the hug, wrapping her arms around Sage tightly.

"I'm here for you, no matter what." Whispered Sage.

Lily shifted after a couple moments, pulling an envelope out of her pocket and shoving it into Sage's hands.

Sage opened it, confused, and pulled out a thick stack of 100 dollar bills.

"Oh no, Lily, you can't do that." Sage protesed, but Lily shushed her.

"I know you'll pay me back, and I also know you don't have that kind of money right now. I want to help you. Take it."

Sage wasn't sure what to say. She'd long felt guilty about money, because Lily's family had plenty while Sage's didn't.

Lily would bring her along on fancy trips or shopping sprees, and the best Sage could do were sleepovers and movie marathons.

Lily never complained, though, and a lot of the time the girls forget about their financial differences.

With a whispered 'thank you' Sage shoved the money into the pocket of her shorts.

The girls sat there in silence for a moment, both watching the sun as it finally broke through the clouds.

They fell into their usual routine, then.

Lily would help Sage sunscreen her back, because Sage was so fair she'd sunburn almost immediately.

Then Sage would beg Lily to put on some sunscreen, because "Just cause you're dark enough you don't burn doesn't mean you won't get cancer, Lil."

Lily always laughed at that. She never wore sunscreen, but Sage was pretty adorable trying to convince her to.

"Wait." Lily murmured. Had she just thought Sage was... Adorable?

"Lil, wait, I thought we were going to talk." Sage answered. "We will, promise. Later, ok?" Lily replied, flashing Sage a huge smile before running off down the beach.

Sage sat alone on their bench, for a while. She tried to think of what she did wrong, for Lily to run off like that.

After a while, she pulled the thick envelope from her pocket.

She counted the bills.

The next day at school, Lily seemed to be back to normal, if a little out of it.

During math, Sage had to call her name three times before she'd answer. And they sat next to each other.

Right before school let out, Sage ran up to Lily's locker.

"Hey Lil! You wanna sleep over on Saturday? My mom's ok with it. I already asked."

Lily and Sage's parents were very used to the girls spending almost all their time together. They slept over at eachother's houses almost every weekend.

"I really hope you can come! I got the next season of that show we were watching, and I found this new microwave kettle corn that looks really good, and-" "Sounds great Sage. See you later."

Lily knew she was being rude, inturrupting Sage like that, but she couldn't help it. She needed space, time, to figure out- Well, whatever it was she needed to figure out.

Sage did the walk back to her house very slowly. She didn't have her own car, but if Lily wasn't busy she'd usually offer to drive her.

The school week passed really slowly for both girls. On Wednesday, Lily finally told Sage she could do their sleepover, and now everything seemed poised on the edge, unbreathing, until Saturday.

Friday night, Lily was holed up in her room sketching. It was the way she thought best.

Sage was sitting in her bed, phone in hand. She was working up the nerve to make the call she knew she had to.

Lily traced a jawline onto the page, achingly familiar.

Sage finished the number, held the phone up to her ear.

Lily added, without thinking, a friendship bracelet around the arm of the girl she'd sketched for no real reason other than wanting to see her.

Sage's phone rang once, twice, before someone picked up.

Lily knew she needed to give the drawing a title. She always did.

Lily scribbled down the title on the back of the paper.

Lily's paper read, "I think I love you."