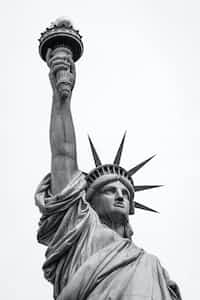 ajellysandwhich Depression? Cope; write and sing it away
Autoplay OFF   •   a month ago
Transcript Use Images
@Emmatheemu
romance newyorkdramaforbittenlove/

Leo scowles at his phone as we wait for the plane to arrive. “You okay” I say, placing my hand on his arm.“I’m fine, just…” He pauses tapping on his phone fiercely, I know I shouldn’t be nosy but I see he’s texting Mariea. He notices I’m looking over at his phone screen and I ask.

“Why did you break up?” I ask “I told you she cheated on me again” He tells me, but I can tell he’s not saying the whole thing. I raise my eyebrows, and put a ‘Are you sure’ face on.

“I drove over to Mariea’s house after school, and saw a black car in the driveway, I didn’t expect much of it, maybe they got a new car. Her mom let me in, and I headed to her room. But got stopped by a make out session. Not with me, with her and…” I sit, waiting for him to continue

“Mike was there.” Mike is a senior at our school, and Leo’s best mate. That is until Mariea cheated on Leo the first time with him before. “I confronted her, and she didn’t even give me an excuse or tell me she won’t do it again, so just left. Packed her bags and moved in with…” he stops but I don’t need him to continue.

“Crap, here give me your phone.” I say, he hands it to me confused. I type a little. Response. I type once more, the little green light disappears from Mariea’s Icon. I handed the cell phone back to Leo. “What’d you do?” he asks looking down at his phone. “Wow, that brutal.” he says after reading the message I responed to Mariea.

“I just told her to back off.” I tell him, a little embarrassed. “Oh shut up, you told her a lot more than ‘Back off’ man I can’t say most of that stuff to my mom.” Immediately he gives me a ‘I’m so sorry’ look that makes me blush.

My mom died when I was born, I never knew much about her because my dad would say “I’ll tell you when you're older” and eventually I stopped asking because I could tell it pained him to talk about her. I was about to say something, but the loud speaker came on. “C-A Passengers please board your plane, then first class passengers.”

I walked over to where all the people are crowded up boarding the plane, but Leo grabbes me from behind and pulls me back. “I bought first class so you’d be comfortable on the long ride, it’s almost nine hours.” he adds “Wow, how did you do that!?” I ask impressed.

“I’m more useful than you think, since I got the scholarship, I had a bit of money.” I give him a hug, but when he stiffens from my touch, I pull away, and we walk inside the plane.