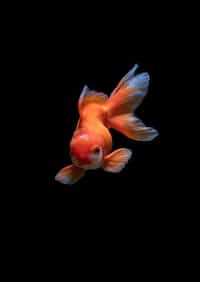 aiwielee0729 Likes writing stuff cuz it's fun
Autoplay OFF   •   3 months ago
Transcript Use Images
This isn't a story or poem, but I want to share something that probably not a lot of people will read, but I just want to share this.
feelings fishnonfictionnon-fictioninformationoceanenvironment

Reasons Why We Should Reduce the Amount of Fish We Eat

These are some reasons why we shouldn't eat too much fish! There are surprising facts in here about the fishing industry and how they work.

1: There are species of fish being overfished all the time! Who likes Tuna? If you are a tuna eater, you should know that only 3% of the Bluefin Tuna population are actually alive today.

3: Bycatch happens so often! When fishermen target, let's say tuna, for example, they also catch dolphins by accident but then toss the dolphins back into the ocean as the dolphins die! When they drag their nets on the ocean floor -which is called TRAWLING- they are scraping all the stuff that keeps the ocean healthy and alive off of the ocean floor.

4: Another thing about dolphins, are considered "competition" to the fishing industry! They kill them off so they can't eat too many fish. The fishing industries are blaming dolphins for overfishing!

6: This logo will usually be an absolute FAKE!!! It is not guaranteed it is sustainable. Environmental organizations admit: The observers are not at sea consistently and they don't actually know if the fish species are sustainable... Source: SEASPIRACY

7: Illegal fishing is happening way too much! People are stealing fish from other countries' seas!!!

8: Fishing companies are doing shady things that they try to cover up. They are really against any photo or video taking of how they work. Source: SEASPIRACY

That concludes this fact thing! If you found it helpful or informational, let me know and I can make another one on environment and around the world issues! Thank you!!