Commaful
He has changed 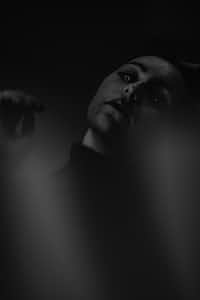 afra_17 Community member
Autoplay OFF   •   2 months ago
Transcript Use Images
It was the big day. It was just twenty minutes to 2 o' clock and Samantha wasn't even done completing the assignments-assigned by Mr. Frederick. She was in a race against time. Moreover, she had to be at the airport by 2 to pick up Martin, her brother and sole source of happiness in her monotonous and dreary life.
feelings relationshiprelation shipchangeteenagersbroken

It was the big day. It was just twenty minutes to 2 o' clock and Samantha wasn't even done completing the assignments-assigned by Mr. Frederick. She was in a race against time.

Moreover, she had to be at the airport by 2 to pick up Martin, her brother and sole source of happiness in her monotonous and dreary life.

A gush of emotions rushed through her- she was buzzing with excitement and simultaneously, nervous of being late . After all she was going to meet her doting brother after 2 years. She couldn't wait for the moment. "He must as excited as me!"

Samantha had crossed her limit of patience and so she rushed out and hit the road; without informing her dictatorial boss about the unfinished work.

But little did she know luck was not in her favour today- the roads were cramped and the clouds roared vociferously in the darkness. Samantha sighed.

She rattled the steering wheel with her hands; impatiently waiting for the stationary car to move along the slippery road.

The airport was huge and she restlessly searched for Martin but returned to the parking lot in vain. Glancing at her watch she noticed- it was 2:40pm. "Oh God! Martin must be so ups-...

" And there he was- standing in front of her; a tall dark and handsome figure. Two years after they last saw each other, she was amazed at how confident he seemed.

"Martin, how have you been? You have grown so tall!" Samantha's eyes became teary as she covered her mouth in awe. "Do you even know what time is it?" replied a sharp and harsh tone.

"I am so sorry my baby. The weather was extremely wretched today. I couldn't make it on time, besides, Mr. Frederick-" "Whatever I don't wanna hear about your workaholic life.

And for God's sake stop addressing me as 'baby'. Being seventeen years older than me doesn't give you the right to be my mom."

Samantha lowered her head and headed towards the car. The ride was silent as Martin dozed off wearing his headphones. She assumed he was having a jet lag and would be fine after they spent times with each other just like the old good days.

For the rest of the day he remained in his room and despite Samantha's desperate requests to talk, he shut her up saying, "Next time."

She was utterly disheartened by his sudden change in behavior. She expected to see him smiling from ear to ear while hugging her tightly.

She had noticed that after going abroad to study he had started to call her less with time and during the last 2 years she was the only one to call. However, they video called each other only once in 2 months. Samantha was always busy with work and assumed Martin was also pressurised with studies.

The next morning, she woke up find his room empty. There was an open jar of jam and loaves of bread on the table. She entered his room to find a mess everywhere. She was quite surprised as he had always been very organized.

While cleaning up his messy room she came across a photo album in his backpack. Curiously, she flipped through the pages and came across a photo of Lucas, his rowdy roommate, and Martin in a dark alley holding beer cans and smoking with naked girls.

She was in disbelief. She always considered her brother the young little boy who innocently cried every now and then and came running to his sister everytime someone upset him. Their bond was always the perfect brother and sister type.

Over the years they also became very close as they grew up as orphans until Samantha had decided to move out of her aunt's place to support themselves independently and bear all the expenses including Martin's tution fees.

"He is just a high school student!" To her astonishment, as she flipped the page, a packet of white powder dropped on the floor. "What are you doing in my room?" Martin clenched his jaw. Samantha was shook by his sudden outrage. She was trembling at the sight of what had just fallen on the floor.

"Drugs? Are you serious? Is this what I am striving for? I am trying to live a minimal life so that you can lead a better life! I rejected Paul's marriage proposal after dating him for three years so that I could focus on you. I decided not to get married until i saw you stand on your own feet."Samantha flipped out.

"Exactly why I don't like you anymore. Seriously why do you always try to be the victim? You were always busy with work! Have you ever genuinely cared for me? You never bothered to bring me back.

I am fed up of hearing that I have to study well to be successful. Why couldn't you just marry someone rich and run away. At least i would get some rest from your nonsense. Lucas was right, I shouldn't have ever returned." He left before she could answer.

She stood there startled while anger and pain flushed through her. She stumbled as her tears flowed like river and she kept sobbing heavily. Months went by- Samantha still entangled in grief and perplexity. She couldn't even report him missing because of his drug issues. She became a living corpse after losing him. She had lost all hopes.

"What did I ever do to get this? I have failed as a sister. Sorry mom i let you down. I couldn't keep my promise." She bawled her eyes out everyday. Martin was out of her sight...maybe forever. "Will our bond ever be the same again?" She had no option but to wait for his return. Her life was now changed forever.

THANK YOU ALL FOR READING. I HOPE YOU ALL LIKED IT. PLEASE COMMENT AND LET ME KNOW. DONT FORGET TO VOTE AND SHARE