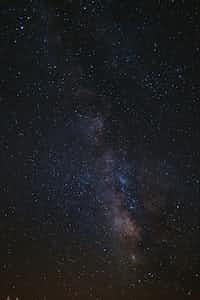 adonisrosemont Community member
Autoplay OFF   •   6 days ago
Transcript
It began as a cry out into the cosmos, fueled by the fear of being singled out on a dying planet. In the spring of 2032, a series of cataclysmic events began - some labeling it as Mother Nature's retaliation.
thriller thrillerspacenasahorrorcommaful

It began as a cry out into the cosmos, fueled by the fear of being singled out on a dying planet.

In the spring of 2032, a series of cataclysmic events began - some labeling it as Mother Nature's retaliation.

Against all odds, we continued to search for answers as the initial waves of natural disasters ravaged across the planet.

Tsunamis swallowed what used to be Tokyo, Japan - volcanic ash colored the horizons dark grey engulfing the skies from Indonesia to Europe.

Dormant giants were now awake, cities were flooded as families slept on the roofs of what were once their homes - but the worst was yet to come.

As the remains of Tokyo floated about, a deadly virus was first spotted in the Kyoto district.

Initially believed to be radiation poisoning from an old nuclear reactor site that had infected those left in the surrounding area,

all that came in contact with the disease became fatally ill in a matter of days.

Before long the virus was detected in North America and Central America, without any provocation, it was determined the virus wasn't spread by the contaminated waters.

While the world tried to mend itself back together - the idea of separation due to religious or philosophical reasons ceased.

So many believed they were witnessing the beginning of an inevitable end - the rapture and so they relinquished the need for false idols and irrelevant formulas.

Survival was the only thing that resonated with everyone at this point.

Many late nights in the late winter of 2033 you could hear parents of children that died cursing the skies until their voices left them.

Malnutrioned children that hung on to life by a thread cried out for help before they could understand the nature of an extinction-level event that they were living through.

There was only one course of action left, a gamble on the heavens and stars.

Decades prior to the state we are in now - it was a priority to make "first contact" with whatever hid beyond our celestial reach.

Nearly everyone is familiar with the probe Voyager 1, NASA's furthest spacecraft from Earth, launched in 1977.

Carrying various languages and radio transmissions throughout history - including a map to navigate the stars back to Earth.

What the general public is unaware of is that many more probes were launched from 1977 until 1997 under the pseudo-philosophical guise of "knowing our place among the stars".

Two decades of information being catapulted into the unknown, with no response or result for the millions of dollars spent in construction and launching of the vehicles.

The closer you were to the research the more you realized what they were actually hoping for - that some sentient beings would hear our calls for help. Silence..

nobody was coming and we had been fed failure by the persistent nothingness - until yesterday morning.

First responders in Reno, Nevada believed they were incoming signals from DT-1335, a probe launched into deep space in secrecy by the Space-X program in late 2012.

The transmissions muffled in and out, occupying the room in which the sun barely familiarized itself with.

" Numbers bombarded the screen - which was completely ordinary for where we were but if the transmissions were coming from DT-1335 the tag would have read "Via: Dt-1335".

That was a different sort of silence - military officials started to lock confused stares with the scholars in the room,

the location was somewhere thirteen light-years from Peleus formerly known as "Planet 9".

Now the muffled frequencies were translated, the fifteen-year-old message was ready to be played - all that remained between man and some higher form of knowledge was the click of a button.