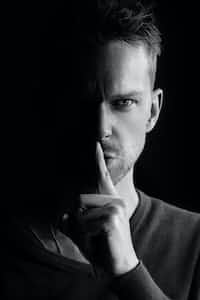 adityasen1 I am 14
Autoplay OFF   •   2 months ago
Transcript Use Images
A short story on haunting. I tried to make it eerie. Hope will you like it!
fiction storyhorror

As the grey clouds passed by, I pondered upon the decision I had taken of becoming a nun. I was from a small village in the countryside where people often looked up to religion.

After the death of my younger sister I had broken up. To lighten my mood and embrace a new path to living in harmony with all aspects in mind, I decided to become a nun.

The church was near my village where I went with my mother to pray on Saturdays. The abbess was very kind to me and offered me a room in the ancient church.

The indoors were dim and lit up by few candles perfuming the corridors. Only a ray of light fell on the chapel from the skylight.

The other nuns were very despondent and were not ready to mingle. Decorum was the main principle of this church. My room was rather small and anachronistic.

I sat on the bed where I was provided with a bible and a habit (attires which nun wear). The walls were covered with dust and a small window brought some light in.

The next morning I dressed up and strolled towards the chapel awaiting further instructions.

On my way I found a concealed room locked with some religious strands. On the wooden doors were placed two crucifixes. Out of curiosity I touched the handle trying to open the door.

The candles flickered as a gust of wind passed by endarkening the room. I looked around and called for help. Suddenly a stroke of matchstick echoed in the hall.

In the gloomy void I saw a candle glimmer with hope. As I walked towards it, The matchstick started moving farther without any practical reason. I ran with high intensity grabbing a matchstick.

Which now doused. A cold pair of hands held them with grip. I could hear my heart pummeling in my ears. A chill went down my spine as a hand rested on my shoulder.

I looked behind and it was the abbess clutching a lamp and pulling me towards the chapel. On our arrival I could hear a whisper calling me from those dungeons.

I felt as if I could see my young sister waving her hands at me. The nuns chattered among themselves while the abbess stood beside me.

She looked at me with two still eyes as her face blushed with anger.

She commanded me not to open the dungeon again. I was in a restricted area and that I had no rights to do so.

The following afternoon while I was returning from the chapel I saw one of the nuns entering the chapel. I went to Sabina's room which was beside mine.

Sabina was outspoken and had addressed me as her neighbor. I asked her why only the abbess and the high priestess were allowed. On repetitive pleasing Sabina spilled the beans.

She said old legends have a story about a demonic presence contained in that room. On hearing this news I trembled with fear and kept my mouth shut for the whole night.

At midnight, I felt a soft hand placed upon my hip. Who could it have been ? I wondered. Looking behind I saw my little sister. Instantaneously I jumped out of my bed and held my crucifix.

Alma, my sibling, sat on the bed. She looked just like a pretty doll. She said that she was not a demon and that she had just come to visit her for a favor.

She persuaded me that I had to break into the dungeon because there were many souls trapped in there. She told me that the nuns devoured these souls to fulfill their paranormal needs.

Listening to her conversation I decided to pay a visit to the dungeon.

It was pitch dark as a full moon shone above the sky. I broke the lock and managed to elude the other nuns. It was a store room with various antiques hidden under a sheet of white cloth.

Alma directed me to our destination. It was filled with black water. She told me to take a bucket of water from the well and drink it. I followed her instructions.

The water tasted bitter and made my body feel numb. I was obstinate and was willing to do anything to get my sister back. Suddenly I could hear footsteps coming from the passage. We duck down.

It was the abbess who scrutinized the room and closed it as if she had a premonition of us coming.

I stood up and put my hands on my mouth with terror as I saw the room filled with men and women. Alma said that they were prisoners and they were not here to do us any harm.

She ordered me to look at the mirror placed at the corner of the room. I gazed at it with some hope.

After a few minutes a woman in a black veil appeared in the mirror beseeching me to give my hand to her. As I lent my hand she pulled it, throwing me into a lifeless void opposite the mirror.

I screamed and patted on the glass as they went by.

Alma came up to me and said, " I knew that you had mixed poison in my breakfast as I denied lying to mom about you stealing money from her account".

From then onwards various paranormal occurrences have occurred in the church.

Thanks for reading till the end. Hope you liked it.