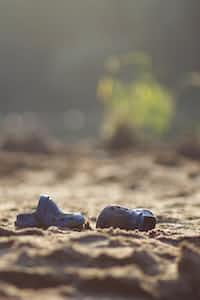 aaronramos Sci-Fi and Horror writer
Autoplay OFF   •   2 months ago
Transcript Use Images
Why is everyone acting like they don't know me?
thriller suspensedramamystery

Tyler brushed himself off after picking himself up from the floor

What kind of sick joke was this?

What the fuck was going on?

The security guards, he had no intention of fighting again, walked back towards the building where he worked Well, where he had worked, until today

But, the thing was he was never fired

Even more, they all acted as if they had never seen him before

Stella at the front desk looked him dead in the eyes as the security guard twisted his arm behind his back, and didn't flinch.

They weren't close per se, but he did chat her up and ask her out a year ago only to find out she was engaged.

They saw each other quite frequently at work and shared a professional smile and greeting.

And the face she made when he implicated her in the argument, insisting they knew each other...

It was an honest look of shock, surprise, fear, and some disgust.

Nothing was right from the moment he arrived at the building.

The tag on his car windshield was missing, forcing him to be diverted to the guest parking by lot security

Then things went sideways inside

What?? He muttered waving his wallet over the sensor again and again.

He opened the wallet to find that the RFID card was missing.

Fuuuuuuck! He gasps and turned to walk towards the lobby security desk

Hi, ya, I'm sorry, I seem to have misplaced my card and need to get up as quickly as possible.

Shift you said, I don't have you in the system. Sir, everyone here is on file in the facial recognition system. He said pointing up at the cameras. And you are not coming up. I'm going to have to ask you to leave.

No! No, no, no, please. Call Martin, we have a meeting this morning with the Lawson firm, he'll clear things up.

The two guards looked to the desk, and with a sigh the seated security agent said, Fine... hold on.

Sir, can I have you stand over here? The largest of the guards directed Tyler as he pressed close to the counter to try to listen in on the conversation.

Nodding, nodding, shaking of the head, nodding some more... hangs up. The desk agent looks up and shakes his head prompting the security guards to begin to "encourage" Tyler to leave.

Wait! No, there's some mistake! Stella! Stella! You know me! Tell them, tell them I work here!

She had been oblivious to him all this time, but having her name was shouted prompted her to stand and see what was happening.

A co-worker beside her could be seen mouthing the words, you know him? And that's when they made eye contact.

With eyes locked, That expression, One brought on by fear for herself for having a stranger, being dragged out by security, shout her name. Spread across her face.

She shook her head and said, No.

If you found this interesting please comment below so that I know I should continue this story. Thank you for reading. Next Chapter: Recognized