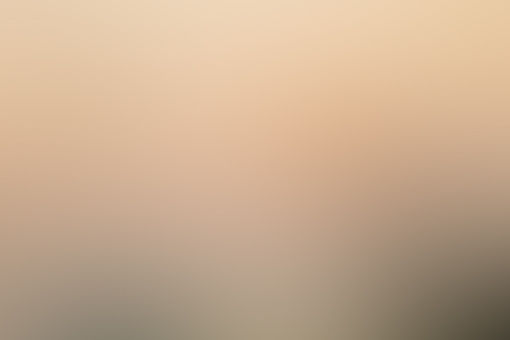 aaronanthony Community member
Autoplay OFF   •   3 months ago
Transcript Use Images
It has been a tough week, traveling now feels like an endless journey. Trees are all the same, even views of mountains that are so far, far away looks like huge, icy giants. I didn't see John in weeks. I don't know what to do. I feel relief and inner happiness just for a thought about our meeting, but how will I tell him about what happened the other night?

It has been a tough week, traveling now feels like an endless journey. Trees are all the same, even views of mountains that are so far, far away looks like huge, icy giants.

I didn't see John in weeks. I don't know what to do. I feel relief and inner happiness just for a thought about our meeting, but how will I tell him about what happened the other night?

We were staring at each other for a long time, but I felt everything else just stopped.

Somewhere deep inside myself, an anxious voice started to rumble, like a terrifying, loud bell - "It is an end" - God, no, no way. I'm not ready for that, and I'll never be.

Can't say everything was okay, since it's not for a long time but imagining life without John..

We have known each other for almost our whole life, no one knows as much as he does about me, we have so many wonderful and embarrassing memories with this swarthy boy.

I should say men, we are closer to our thirties, and yet I'm still living the dreams we've made after finishing highschool. He's not sleeping at all, his adult face shows that more than enough.

And those shiny, deep brown eyes, every evening they made me fly to wonderful plans about our family, huge fireside with warm, orange fire. Dogs and cats everywhere, chased by little kids.

Sadly, his glance is an endless void, without happiness and joy of life, neither any spark we used to have.

John's emotions have never been easy to read, but this time I could clearly say he suffers really bad.

Did pain just grab a knife and stick it with every memory, took brush and paint the worst possible visions on them? I felt guilty so much, I couldn't fuck it up more.

I've lost control of my life weeks ago and disaster is surely coming.

- It's been ages since we last met Ida. - His voice froze me, same as the fact he had cigarettes. John never smoked - You know that it's always so clear with you when something happens.

- Oh Dear, you know how it is. Someone wants an interview, people want concerts, sponsors, promotions - Tobacco smell made me dizzy for a moment.

- he didn't smoke even half of the cig before smashing it ashtray - I really understand that you have a lot of things to do, but do you believe it's enough for me to believe?

For more than I half i talked more with granny Sophia, don't you think you owe me a little bit more than this excuse?

I felt sweat all over my face. If this wasn't enough, being terrified and guilty started to absorb. What was I thinking with all those lies, he just knew. Always.

Like when I was doing the worst mistakes that were possible, he felt it was all wrong. How can someone read you so easily?

- Darling, please, really nothing happened. - For a second I thought the glass in his hand would explode, before he put it back on the table.

John changed his position, only the shoulders were touching the chair, crossed legs and point finger close to his cheek. Don't wanna mention eyesight that says "That was a bad move".

It really was a bad idea to lie.

- I will give you a moment to correct whatever you are trying to say. After those years, all I deserve is shit excuse that you don't even believe. If that is so, it's time for us to split up.

What the fuck you are actually think of? You disappeared for weeks and all you say it's `because a lot of work`? Such bullshit. - I felt sad, he's not even angry, he's just disappointed so much.

- Yes - I hoped the deepest breath of my life would help - A lot happened in the last months and i didnt say anything to anyone, because I can't handle shit that I've gone through.

At the beginning it was easy to control, just one beer after the event, three beers, and stronger drinks.

But one evening after a long journey of concerts in Portland, Denver and Los Angeles was ended by a big party for investors.

We've been on the road for such a long time, so at the time of the party I was literally dead, and the idea of using a little of coke was very tempting. And this should never happen.

- I had to stop and cover my tearful face in my shaking hands. Shame hit me like a fiery whip.

I wanted to run, because the consequences of my confession will be really terrible. Poor John, stupid me.

It's such an unhealthy relationship for so long, I'm treating him like a sticking plaster that holds my life when things go wrong.

I'm such a bad person, not feeling bad because I hurt him, but the only reason my life in last year's stable will vanish in a few seconds.

He was like a big, stable lighthouse that always seeks for me, no matter how dangerous the storm was.

Sadly, it's going to go out, thrown with the biggest possible rock, and I won't be able to rebuild it. You can't fix mistakes like that.

- First time in a long time I felt really free this evening.

Maybe it was an official event, but everyone gave me so much attention, they praised my music, I've always wanted to be admired by people. You heard about so many times.

I just made one, big mistakes. Mistake so painful that it is never going to be forgotten. I can't even look at you normally anymore..

- I had to stop, because tears started to fall like waterfall. - I went with Dylan, my manager to the backroom. He pulled out a bag with cocaine and the rest happened.

I went back to the main room and started the show. I don't remember much, but I ended up in his flat. I want to puke everytime I see this in my head, and this memories don't wanna disappear.

After a long moment of silence.

- It's been so many years, five or six, maybe even more. We lived through so much weird shit, it's been bad sometimes, but now it feels like I lived with someone else.

I don't believe you tell me all the truth but it's fine. I'm exhausted. Exhausted of being worried, thinking about what happened, but most likely - waiting.

Waiting for you feels so painful and I've done enough of it. Time to stop lying myself that I'll fulfill this miserable void inside you. Void that took my girl away from me long ago.

You run away Ida, sometimes you come back, but you constantly run away. And that hurts me the most, fact that you run even from me. And I'm done with chasing, that's not how it's supposed to be.

- his voice cracked more and more. - What more I can say? I fell in love with a dream that never meant to be mine. I wish our love never saw all this bullshit, but it happens. And it won't cure.

Maybe I could just sit and wait, but you won't come back this time.

Something just stole my dreams, we were sleeping all those nights together, thinking about our love, but it wasn't that feeling. It was just hope.

We just met at the wrong time, maybe in future we can try again. But now I'm trying to be a hero, that will save you from yourself. Goodbye Ida, I hope you will find happiness in life again.

After he finished, I was sure it was the last time we would ever see each other again. All those beautiful memories burned by this.

The moment I let men who gave me so much, who took care of me after my car accident, he never has failed me, not even once.

Bitterness about our last meeting is to see the single tear on his cheek, it was the first time I saw him crying because he felt pain.

Life can sweep you off like an avalanche, and me, this unlucky skier ignored those signals of disaster.

- Thank you so much Ida, your history and thought about what happened. It hit me somewhere deep, that must have been so painful for you, and yet you still decided to share it with us.

I hope you can fix your relations, or at least forgive yourself.

Ah, the big hand after every confession, it's like a tradition in our meetings. Every one clap is like another nail to my coffin.