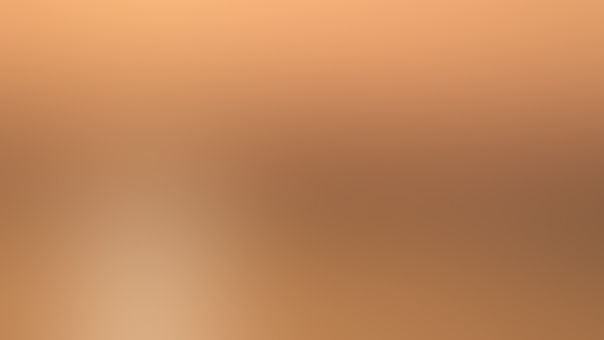 "I can't!" Elijah said helplessly. They heard the man's voice. It was heavy yet innocent in some way.

"Stop, sir! Buy this and get me out of jail. Please, they will hand me cricket bats!"

"What is he talking about?" Elijah said.

"Stop, you!" The man roared. He grabbed Bram's shirt and pulled it.

"Elijah, help me! He will get me!" Bram cried. Elijah left the wheel and dug his nails on the man's face. He screamed and fell off the car.

"Bram, I hurt a man," Elijah said as tears flowed down his cheeks. He stopped the car. The man was left far behind.

"It was not your mistake. He would have had us. It would have been us or him. We share the blame," Bram said.

"But it was my stupid idea to come to this place. What? What happened to you?" Elijah said as he saw Bram's pale face. He was staring at something with terror in his eyes.

"Elijah, we made a mistake. We are not in the right place. Turn the car, right now. I don't care if we have to pass that man again."

Elijah followed Bram's gaze. It was a building, painted all black.

"Bram, what is that place?"

"It is the Prayer House. Strange people come here and pray to no one who knows whom. Elijah, people say they are some kind of cult."

Elijah squinted at the building. The lights were on. Someone was praying inside.

"Could it be that man again?"

"I don't think so. Listen, these are not a single person's footsteps. A lot of people are coming this way," Bram said.

"Hide!" Elijah whispered. They both ducked down fitting their legs somehow. The people were nearing. They were very much near them now. They were standing at the car's window.

A lot of time passed and they sat there crouched up. Elijah finally got up taking the support of the seat. He looked through the window. There was something red splattered across the window.

A face suddenly appeared. The eyes were wide open. Blood smeared across his face. The gate of the car opened and Elijah was pulled out of the car. Bram stared in horror.

How did he not lock the door?

He closed his eyes. His friend was gone, probably dead. And his end was near too. The surroundings got cold. The hair on his hand stood up. Something was nearing him, maybe his death.

The man at the window climbed into the car. His features were barely visible. The man grabbed his arm.

He was being dragged by his arm. His lower hand had gone pale. The man was leading him to the Prayer House. The man almost threw him at the door. The door opened and he fell inside.

When he looked up, he felt a mixed feeling of joy and fear. In front of him was a party. People were cheering inside a big hall.

Waiters were serving food and laughter was booming all around in the room. Maybe these people could save him? His thoughts were broken when a tight hand grasped his elbow.

He looked up to see a short, stocky woman who was smiling. Her lipstick, probably meant for her lips, was smeared all across her mouth.

"Oh, Sammy. You are late as usual. Come on, join in with your lot. You remember me, right? Anne!" she said.

"Ah! How does it matter? But you never liked anyone calling you Sammy, did you? Alright Samuel, come on with me."

Samuel? That was what Elijah called me.

He went with the woman. There was a table around which a lot of people sat. Not all adults, in fact, the majority of them were children who seemed to be in a trance.

Every two or three minutes, loud laughter erupted. The lady thrust Bram into a seat and sat beside him. He was feeling numb.

Where am I? Though these people don't look dangerous, they can hurt me.

He did not know this place, no one did. And here these people were, treating him like he was some family member. He had to get out of this place. He just could not trust these people.

He did not know what these people were talking about. Anne said,

"You know Cher, you spoilt him bad. It is small but still, you should not have given him a car!"

"Oh, the boy deserves it. He has done such good work," Cher said. He looked around as if looking for someone and fixed his gaze on Bram and said loudly,

"Who?" Bram asked, as innocently as he could.

Everyone looked at him in shock. Finally, the man who had spoken before said incredulously,

Bram turned around. And there in front of him stood a man. Only it was not a man. It was a rabbit. A person with the face of a rabbit.

It was as if he was wearing a mask but his head looked so connected to his body that it looked like it was.... This man really had a rabbit's head.

There was only the difference of an inch between the Rabbit's face and Bram's. Bram could hear his breath. He began to back off. Anne shouted,

Bram froze. For a few seconds, no one moved from their positions. He heard some sound coming from the Rabbit. He was growling. The growls grew louder and louder.

"He does not like you, boy. Why does he not like you? What have you done?!" Anne screamed. She started laughing like a maniac and was staring at Bram. She froze.

She just stared at Bram with her mouth open. Without a warning, she fell on the ground as if her knees had refused to give support. Bram looked around, no one was reacting.

Like it was usual for them. She woke up with a start and her face looked like nothing had happened in the past few seconds. She said,

"Oh, Sammy. You are late as usual. Come on, join in with your lot. You remember me, right? Anne!" Bram sat up and rushed for the door.

That was when he felt a hard blow on his head and he lost consciousness.

When he was up, he was sitting on a chair and a lot of chairs were assembled in front of him. It was as if some performance was about to begin. People were taking their seats.

They were passing in front of him. Bram saw someone he recognized. The man who had chased their car. He was wearing a hat. His face had no blood and he was smiling.

He looked at Bram and took off his hat and presented it to Bram as if he was paying respect. He moved forward and sat on a seat. Bram got up, at least he tried to get up.

But his hands were tied to the chair.

God, I am in bad trouble.