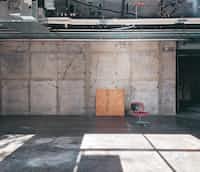 _nico_ Definitely not committing arson :)
Autoplay OFF   •   a month ago
Transcript Use Images
A few people get trapped in this mall together, no one else is there but them and they only have one goal: to escape. In order to escape they have to go trough each level of the mall over coming all of their fears starting with their smallest fear and slowly reaching their biggest fears. can they escape?
thriller horrorcreepyfearsoriginalabandonedmallabandonedmallocslgbtqialgbtq character

She woke up from resting her head on a table in the mall, slowly as she realized where she was she looked around and took in her surroundings. She was in the food court of the mall, but it was empty, not a soul was around.

This was weird because just a little while ago this place was full of people wanting to check out the new mall. This place only opened a few days ago, little did anyone know the horrors this place holds and what would unleash upon three very unlucky teens.

Emry Gender: non-binary Height: 5'9 Sexual preference: women Visual description: They have small green eyes and short brown hair, they also have pail skin with freckles all over their body.

It's not much for a prologue, but the story will be a lot longer and better.