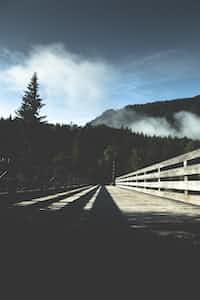 _my_reflections Every line has a meaning more than words
Autoplay OFF   •   15 days ago
Transcript Use Images
On this colourful occasion of Holi, I would like to share my visit to a colourful world a month ago
poetry dreamdreamlandwonderland

The place never visited before Paths I never went through When I slip out of my bed This place, I found myself The sky is colored in pink Stars blinking I can see the dawn and dusk In east and west, opposite of other

Crescent moons are overhead Yellow, the bigger, circles the red Facing each other, their eyes are closed "Are they sleeping?" is what I thought.

No tic-tok On any clock Are their cell down Or the time has stopped.

Grass is blue With silver stones Titan roads And Wooden lawns Houses I find, are shaped weird With crooked walls and roof peculiar Are they quarreling to one another But those frequencies I can't hear

I walk on these streets And was amazed to see No vehicles but paper boat fleet The doctor, the police The teacher and Mrs. No humans but all the pets Rabbits, hamsters, dogs and cats

Birds are swimming in the lake Fishes flying from place to place Giant whales and monstrous sharks Electric eels with their sparks Dolphins I see, I saw a mermaid Swimming with hawks on the surface

I jump To catch to catch a fish but not did I, land back

Flying in air, I look around Amazed to see clouds I found Colored in colors like violet and green Taste them and they taste like ice-cream They are shaped in benches, balloons Shoes, almirah, and concert rooms

Far away The red colored cloud Throwing the fire From his mouth For it was the kingdom of dark Voices of horror, witches and wizards All were trapped in castle of bad's Circled by dragons and fire hurricanes

Without a thought I turned around fly to the woods Not expecting to found A tiger Who's eating the grass As deer arrives run faster and fast. Not an egg or a nest But from Cocoons babies hatch

Elephants are flying on ears Monkeys have beard! Unicorns and flying horses Giants and Dwarfs and hippogriff All those creature that extinct Or you have heard in legends Man in goat or a horse I saw Mammoths and Dinosaurs

Zebras you see, rainbows like Flower singing, musical vibes Trees are covered In golden leaves Steel trunks And fruits like pastries Bushes of candies And all the sweets Rasgulla, Rasmallai Laddu and Jalebi

Ancient temples and magical mazes With treasures of notes and knowledge

From these forest I moved to right To those fields flooded in light Solar and wind and hydral power Robots are working, talking to another Crops are standing of wheat and maize Carrots, cabbage, tomatoes And radish Irrigated from a narrow canal Coming from chocolate lakes

The lighting strikes, At speed of snails No electrons but milk like taste. Coffee fountains and volcanoes of juice Of mango and apple, oranges and fruits

Lego mountains and friction lands With real the characters of all the realms Robin hood and Spidermen Tom and Jerry, Mickey and friends

Lots I see And time I waste But can't write All of that Exhausted, I rest my day Turn around, and find my way! Went home, lay down on bed Next morning I found myself Not in the place I had visited before But of usual one, still unknown