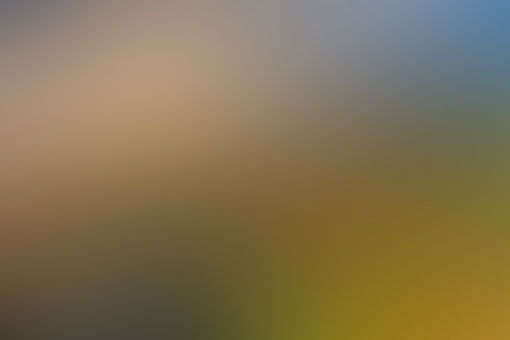 _dragonheart_ Community member
Autoplay OFF   •   3 months ago
Transcript Use Images
Wei Wuxian is besieged upon, with Jiang Cheng leading a mob of cultivators to the Burial Mounds to end him, once and for all. (Chapters 1-9 are posted on Ao3. I will post part of the chapters here. This is a Fanfiction written by me that's ongoing for MDZS fandom. )

Yiling Patriarch, the 'fearsome' Yiling Laozu, whose name was Wei Wuxian - was the most cursed and hated man known in the entire cultivation world.

Wei Wuxian was currently sitting in the Demon Slaughtering cave, hunched over as if the weight of the world was bearing down upon his shoulders.

Wei Wuxian exhaled a shaky breath, sitting upon his stone bed covered with thin blankets. His face was buried in his hands as he cursed at himself not to cry.

He could not undo the things that have already been done.

This is all my fault.

Soon, Jiang Cheng and and the others would come, leading a siege upon his doorstep.

What a joke he had become... he wasn't even sure who he was anymore... he felt so lost and didn't know what to do..

Self-hatred, blame, and disgust churned in his gut. He loathed and found himself utterly despicable.

So what if back then, because of giving his core away - that he turned to demonic cultivation? Sure, if he hadn't, he would not be here now.

He would be a dead rotting corpse left in Burial Mounds. Without his demonic cultivation, he would not have had the power to help Jiang Cheng or to help with the Sunshot Campaign.

He would have been useless.

This is what it has come to.

Everything was his fault in the end...

Wei Wuxian, trapped in his inner musings and self blame, held himself together, nails digging bloody crescents into his own flesh as he sobbed on the floor of the cave,

tears falling from his eyes as he rocked himself back and forth.

why was it that whenever he sought to help and protect others - it turned out like this?

Maybe, he should have never existed at all...

Maybe the world would have been better off...

Wei Wuxian flinched back with a gasp and hurriedly wiped away his tears and clears his throat before placing a big smile upon his face.

"~Ahh, It's my little radish!~ Come, come~" Wei Wuxian calls the the small boy standing at the open mouth of the cave.

Wei Wuxian froze before laughing it off and tapping a finger on A-Yuan's nose. "No, A-Yuan's Xian-gege just had something in his eyes, that's all.

" He reassured gently once he had picked the boy up and cradled him in his arms.

Wei Wuxian nuzzled into A-Yuans neck, tickling the child. A-Yuan squealed and giggled but hugged his little arms around Wei Wuxian's neck. " My A-Yuan's such a good child.

" He kissed the boy on the forehead.

Big clear eyes stared at him. "Can I sleep with you?"

Wei Wuxian chuckled, "alright, yes. A-Yuan can sleep with Xian-gege." Wei Wuxian carried him to his bed, taking off his outer robe and placing it on the two of them as they lay down.

Wei Wuxian laid with his back facing the mouth of the cave, shielding A-Yuan with his body and curling around him protectively as the child snuggled into his arms,

hugging little arms around his waist.

"Xian-gege, don't be sad, A-Yuan will stay with you. A-Yuan is here." A-Yuan whispered into Wei Wuxian's chest.

Wei Wuxian's throat constricted and he hugged little Wen Yuan tighter. A few tears escaped his eyes when he closed them.

"Just know that when the time comes, Xian-gege loves A-Yuan very much,

" Wei Wuxian whispered the last phrase into the sleeping child's ear before closing his eyes and falling into a restless slumber.

Two days later, Jiang Cheng came leading cultivators in the siege against him.

Wei Wuxian was urged by Granny, Uncle Four and the rest of the Wen remnants who all had decided to stay on Burial Mounds to take A-Yuan away and hide him.

Wei Wuxian cradled A-Yuan in his embrace after having reached a good spot, standing before a tree and placing A-Yuan deep inside.

"No matter who or what you hear, A-Yuan, do not come out. Do you hear me?" He breathed breathlessly, A-Yuan gazing up at him with big confused eyes. Scared.

Wei Wuxian have a sad smile. "Xian-gege has to go, A-Yuan, but Xian-gege will come back."

Tears streamed down A-Yuan's face as he looked up at Wei Wuxian, sniffling. "Xian-gege Promise?"

Wei Wuxian sighed heavily but nodded, unable to truly promise because...he would not be coming back.

He kissed A-Yuan on the forehead. "Don't worry, A-Yuan, everything is gonna be okay. Xian-gege will be back before you know it. And remember, no matter what you hear - Do not come out. "

He ruffled his little radishes hair, before turning and briskly walking away, to where the others were no doubt waiting for him.

A-Yuan kept desperately calling out for him, calling for his Xian-gege, feeling that he would not be able to his Xian-gege ever again.

Wei Wuxian grit his teeth as a tear slipped traitorously from his eye as he strode towards his end.

"Die, Wei Wuxian!" Jiang Cheng shouted and he pierced his sword through his brother's abdomen, cheers erupted around his from the other cultivators.

Flames and carnage surrounded him, but Wei Wuxian just smiled softly at his former dear shidi ignoring the other cultivators shouting for his death,

and while his shidi may despise him - Wei Wuxian would never fault him for it, he never blamed Jiang Cheng for anything.

No, the only one he blamed was himself. And so... he would simply give Jiang Cheng what he wanted, giving his brother what he so desired.

Gasps echoed around him as he reached inside his black robes with a smile,

his eyes never looking away from his dear brother - who even now- gazed at him with fury and hatred along with the gleam of another emotion Wei Wuxian could not give name to.

"Stop him! He's going to use the seal! Hurry! Don't let him use it!" Everyone shouted anxiously as they fought off the corpse army.

Wei Wuxian huffed a quiet laugh, the Stygian seal was already in his hands.

He raised a hand slowly in the air while pushing Jiang Cheng away from him, forcing the other to pull his sword from.his body.

"Jiang Cheng, Jiang Wanyin..." Wei Wuxian's voice was somber and gentle eyes soft, he bowed as much as he could with a bleeding hole in his stomach, to the Sect Leader of Yunmeng Jiang.

He took the seal and broke it, snapping it in half and letting it fall to the ground.

He stood still with a smile as one by one, the corpses came at him, piling onto him - greedy, hungry, wanting...

Still Wei Wuxian smiled even as he wanted to cry, dying inside until he was overtaken and feasted upon, until he could no longer stare at his brother,

and until he could no longer gaze upon a bleak sky.

Until he knew nothing more.

The other cultivators froze in confusion as the corpses they had been fighting suddenly abandoned them for someone else.

" some gasped horribly watching the horrible engrossing sight before them,

they stated as the Yiling Patriarch stood with his arms wide open and a soft broken smile as his own undead army descended upon him,

savagely tore at his flesh and sank their teeth into the meat and bone of the person who once controlled them.

It was gruesomely riveting sight, making the youngest of cultivators unable to stomach such a sight.

" How terrible .." some whispered, yet thinking, Good riddance.

He smiled. Why did he smile? Why had he looked at him that way?

Jiang Cheng just stared in a bank daze, the one he come called brother had fallen prey to the mass of corpses and was buried under the frenzy of their feast.

Jiang Cheng snarled, whipping out Zidian and his sword and lashed out at the damn greedy corpses feasting on his brother.

He stormed forward slashing, whipping and stabbing at any corpse near him to get to Wei Wuxian.

After managing to break through the mound of frenzy corpses piled over his brother. Jiang Cheng froze up as he stared at the sight which greeted him. Wei Wuxian may pale and silent, unmoving.

His flesh was riddled with deep bloody bite marks, some of the flesh had been torn away.

His brother was still while and in one piece, save for a few very gruesome spots the corpses managed to get a hold of, and the wound through his stomach.

Jiang Cheng stared at the man lying pale and motionless, and a soft smile on his face. He had still been smiling even... even as he was...

Jiang Cheng clenched his fists, for some reason, when he thought he would feel pride and triumph... instead he felt a deep hollow ache in his chest.

His heart wincing pain, pain that he chose to ignore. He didn't want to acknowledge that he... fact he still even dared to...