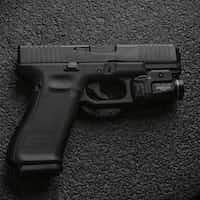 On Monday, I came up with the perfect plan. No one even knew we were friends.On Tuesday, he stole the gun from his dad.On Wednesday, we decided to make our move during the following day's pep rally.On Thursday, while the entire school was in the gym,we waited just outside the doors. I was to use the gun on whoever walked out first.

Then he would take the gun and go into the gym blasting.I walked up to Mr. Quinn the guidance counselor and shot him in the face three times. He fell back into the gym, dead. The shots were deafening. We heard screams in the auditorium.No one could see us yet.I handed him the gun and whispered, "your turn." He ran into the gym and started firing..