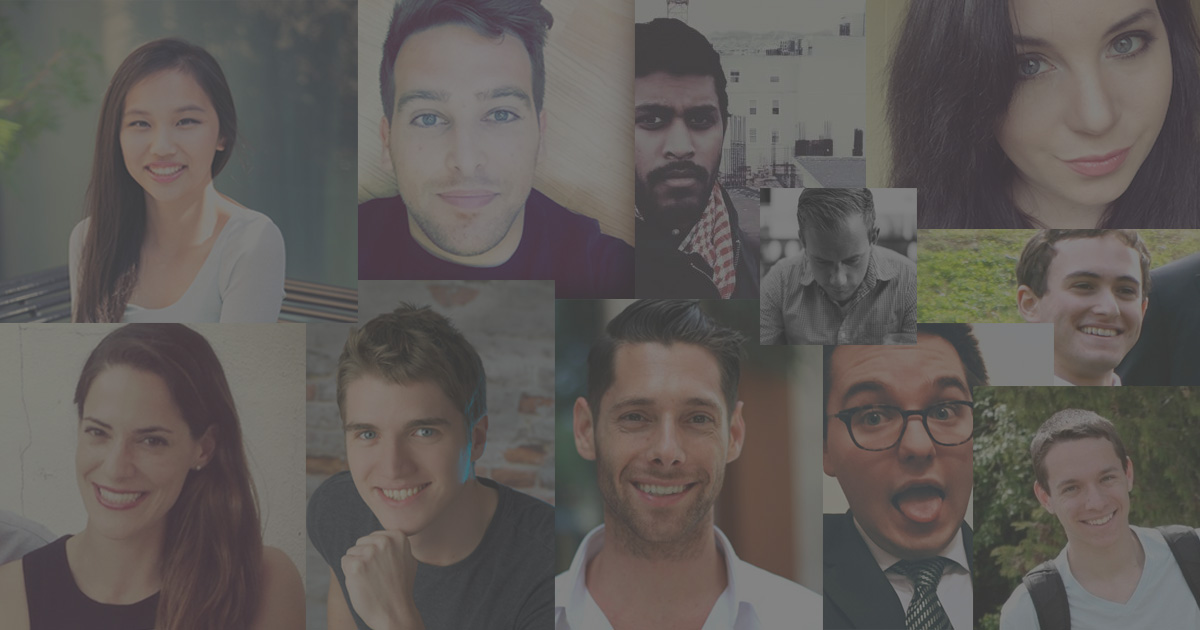 Kiki Schirr (KikiSchirr): "Embarrassment won’t kill you. The next time you’re forcing yourself to do something, just think, would Richard Branson do this? No doubt. Hell, he’d do it in a skirt and your Gran’s red lipstick."

Tiffany Zhong (tzhongg): "Keep your eyes on the prize. 👀🏆"

Jeff Needles (jsneedles): "If you don’t love something, you’re not going to go the extra mile, work the extra weekend, challenge the status quo as much." - Steve Jobs

Blake Robbins (blakeeir): Twitter – to me – is all about creating value. Over the past 5 years, I have met over 50 people (in real life) from Twitter, gained several mentors, and received four internships via "cold-tweets."

Andrew Trabulsi (andrewtrabulsi): You've got to be very careful if you don't know where you are going, because you might not get there. - Yogi Berra

Josh Puckett (joshpuckett): "Try to make the world a little bit better today than it was yesterday."

Spencer Schoeben (netspencer): “Our truest life is when we are in dreams awake." — Henry David Thoreau

Some of the top up and coming Tech Tweeters of 2015

Check the description below for inspirational quotes!

Get inspired by these tweeters for 2016!

I tweet about Startups, VC, and MUFC. I like all your tweets from the bottom of my heart. Currently at Product Hunt.

CMO of Fittr, painter, writer of things like the Product Hunt Manual and horror short stories. Wears many hats. Once sang for the King of Thailand

Making things at Meerkat and all over the internet. I like data and talking to strangers.

Despite being only 22, I’ve had the honor of working at some amazing companies, such as: SpaceX, Nest, and Ludlow Ventures. Last July, I joined Google full-time as an Associate Account Strategist

Andrew is a strategy consultant and author, focused on political risks posed by non-state actors and the impacts of emerging technologies. He released his first book, Warlords, Inc. in May 2015.

Recently joined Trinity Ventures as an Associate after graduating from Harvard Business School this past summer. Previously worked at Yammer and McKinsey.

Josh enjoys cooking great meals to enjoy alongside wonderful wine with people he loves. Less importantly, he's also a designer who's led and managed teams at a few great companies.

Spencer recently took a leap of faith & dropped out of Tufts where he was studying Computer Science. He's an avid traveler, wine lover, & hopeful-artist on a mission to build products & companies

I'm a drummer, engineer, and love building things. Son of an illegal immigrant.