Commaful
"Are those explosions I hear?" Kiribaku fanfic EDITED!! READ!! (The end) 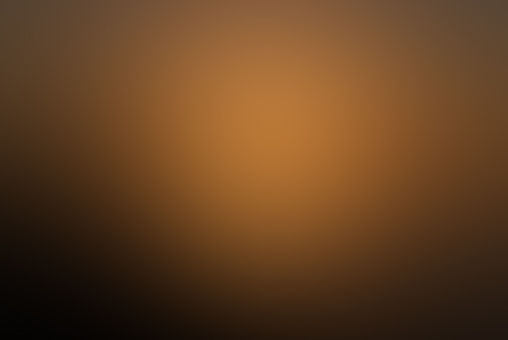 "Are those explosions I hear?" Kiribaku fanfic EDITED!! READ!! (The end)

Bakugou couldn't tell if he thought Kirishima was actually manly, or if he'd just said it to cheer him up so many times, and it was stuck in his head. There was no doubt that Kirishima WAS manly, but Bakugou didn't interact with him enough for him to actually be sure. Which really sucks, because Bakugou just happened to have a crush on Kirishima.

Bakugou often doesn't have feelings like love for other people, so he has absolutely no idea how to express himself to Kirishima. ~He probably knows already anyway,~ Bakugou thought. ~I'm so obvious.~ But Kirishima had been hanging out with Kaminari and Ashido more recently, so he'd no braincells left after lending them all to the idiots.

Bakugou decided to spend more time with Kirishima, so he stayed up later than usual to hang out, and sat with him at lunch. They even went shopping together once. Kirishima was buying weights and clothes, so Bakugou tagged along. Kaminari and Sero had brought themselves as well, so in Bakugou's opinion it was not that fun.

Bakugou was thinking about that, trying to find the best option, when Kaminari appeared behind him. "Hey, Kacchan!" "What do you want, dunce face?" Bakugou growled, not turning to face him. "Nothing, nothing, geez. It's just, you're usually in bed by now." ~Should I tell him?~ Bakugou thought, than shook his head.

~This whole Kirishima thing has me really messed up. Why would I even consider telling this idiot?~ He ended up telling him anyway. "Dunce face," he said as Kaminari turned around. "Hm?" "I like Kirishima," he said, his face softening from a scowl to a slight grin. "You're dead if you tell anyone," he added. "Oh, is that why you're up?"

Kirishima came up behind Kaminari. "What'cha talkin' about?" He asked cheerfully. He had his hair down, which Bakugou didn't see often. "Woah, staying up again, Bakugou?" He asked. "So manly." "Tch." "See, Kirishima, Bakugou has..." he trailed off, looking at Bakugou with a gleam in his eye.

Bakugou's hands started crackling and Kaminari got the message, taking it as a threat. "Bakugou... what?" asked Kirishima, genuinely curious. "Good fucking going," he hissed at Kaminari. "Heh. Sorry, Kacchan," he said, putting his hands up and backing away. "I'm going to kill you," Bakugou promised, to tired to actually commit murder.

A heavy sigh escaped Bakugou's mouth as he turned back to Kirishima. "I like you," he said finally. "I..." Bakugou took a deep breath. Why was this the hard part to say? "I think you're manly, too." His face twisted into a crooked attempt at a grin, at which Kirishima barked a laugh. "You sure?" he said. "You like ME?"

"Yeah, did I stutter, shitty hair? I like you." "This... isn't something Ashido put in your head?" "No!" Bakugou yelled. "Alright, alright. Fine, I get it. And what's more manly than returning the feelings? I like you too," Kirishima said. Bakugou had waited almost a year to hear those words. Well, more like 5 months, but you get the point.

After that they started dating. Kirishima and Bakugou didn't want anyone to know yet, but eventually Deku figured them out. Todoroki followed, even though Deku didn't tell him. They were to smart not to figure it out. Next Mina, who spread the rumor around to the rest of the Bakusquad. Though nobody was able to mention it to Bakugou.

They all knew better than that. He would actually kill them. Everyone seemed to believe it, even though it came from Ashido. Of all people. "I knew it. We all knew it. I shipped it first though," Mina said, bringing up the topic again. "Yeah, sure," said Uraraka. "Definitely not me." "Surely Kirishima or Bakugou shipped it first? Ribbit."

"Yeah, I guess," huffed Mina, crossing her arms and turning her head. "But I was second." "Come on, Mina!" Said Uraraka, turning her head. "It was me!" They started arguing for a while and they didn't seem to notice that Bakugou and Kirishima had been sitting there the whole time. "I guess we're super popular now," said Kirishima with a laugh.

Bakugou didn't seem to hear. He was too busy standing over the trio and glaring at them with murder in his eyes. "Bakugou, come on." "Haaaah?" He swung his head around to glare at Kirishima. "Come on," Kirishima said again smiling. "You know they can't help it. Ashido lives for gossip." At that Mina turned around and looked at him. "Do not!" She called.

"Do too!" Kirishima shot back playfully. "Do not!" "Do too!" "DO NOT!" Kirishima was about to say "do too!" again when he burst out laughing and Mina followed. "Idiots," Bakugou said, laying back down on the couch. It was 8:30 last he'd checked. He was supposed to be in bed 30 minutes ago.

He ended falling asleep at 8:33, on the couch. Kirishima wiped the tears from his eyes and looked at Bakugou. "I think this is the longest time." "Really? 33 minutes?" Mina said. "Yeah, it must be tiring picking fights and yelling all day," Kirishima said, half kidding. He walked around the couch and picked Bakugou up.

"Hey, isn't this the longest he's stayed up?" asked a new voice from behind Kirishima. It was Kaminari. "Yeah- 33 minutes," he replied. "Well. Good for him," Kaminari said, grinning. He walked away. Bakugou groaned in protest, realizing he had been picked up. "Put me down," he muttered. "No, you need to go to bed," Kirishima said.

"YOU need to go to bed," Bakugou retorted. He was half asleep. "Alright, I need to go to bed. Mine, or yours?" "Tch. Yours, idiot. You... aren't sleeping... in my... bed..." Bakugou trailed off, drifting back to sleep. He probably didn't know that he was also going to Kirishima's room. "Alright, my room it is."

With Bakugou half over his shoulder, he made his way to the dorms. In his room, he lied Bakugou on his bed and lied next to him. "Kirishima. What the fuck." That was what he woke up to. He had his arms wrapped around Bakugou in a tight grip. "Huh? Let me go back to sleep." "No. Off. Now." "Pleeeeease? I'm so tired. Jus' a little snooze."

"UP!" Bakugou barked into his ear. "Alright, alright! I'm up!" Pulling his arms off of Bakugou, he rolled over. He pushed Bakugou out of the bed and got to his feet, and they went through their usual morning routine. "So? How did it go last night?" prompted Kaminari, who was in the bathroom with them, brushing his teeth.

"Huh?" Kirishima thought he understood, though he wasn't entirely sure. "Fine, I guess," He decided to say. "You sure?" Kaminari asked. "Idiot, don't go getting the wrong idea," Bakugou said. "Kirishima forced me to sleep with him. That's it." "Mhm. Kay, if you say so." That morning, they kept getting similar questions. Bakugou yelled at everyone.

Even Deku, who didn't ask. "Bakugou, chill out. You know it was just Ashido who told them, right? It's no big deal," Kirishima told him. "Tch." "It's alright, Kirishima. I guess Bakugou just can't be helped," said Kaminari.

*Midoriya and Todoroki playing rock paper scissors* ". . .Are those explosions I hear?"

lol, I hope you liked this. I hope you guys like the stories I've been posting lately! I've been switching between Haikyuu and MHA fanfics, y'know. What ship next?? Comment! Anyways, that's all for now, Sweet peas. Have a nice day!!!!