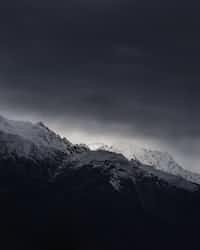 00051370 I am evil and kind
Autoplay OFF   •   11 days ago
Transcript
The is for the fame contest and you guys who support me are welcome to read this!
thriller horrormysteriouseerielong storylongstory

Another day in my miserable life had started, the clock making an annoying tic-toc rhythm. I laid in my bed staring blankly up at the ceiling light causing imaginary colors to swirl around me. I shut my eyes for a split second when a loud crash rings and echos shrilly in my ears. "Ahh!" I tightly cuffed my hands to my ears. The sound so piercing it felt like I was dying. The sound finally stopped as the room filled with

with silence, an eerie, quiet, silence. I was startled, shocked, what had caused such a disturbing event in my day? Curiosity took over knowing I just had to investigate. Sprinting over to the window I slam it open looking outside hoping to find the cause. Nothing outside, but as I look to the sky I see a trail of smoke... leading into my roof. "WHAT!!!" I was terrified to

what I might find on the other side of my bedroom door. But since I had watched an extraterrestrial movie last night my first guess was already ALIEN. With my neck aching in pain as I could hear my own red heart beating and my skin piled with layers of goosebumps as I shook, I took up a little courage and slammed the door open. The hallway of my house had a crater pelted

into the wood. My house was only one story so it was shoved into dirt as well, the mus scrunching up against the sides. I swept the smoke aside with the wave of my hand as it slowly faded into the breeze. In the middle of the crater was a stone. Kind of like the one from Moana but so much more... scary. Yes that is how I would describe it. My sense of touch started to get the best of me as

the tips of my fingers inched toward the stone slowly. As I grasped the stone in my hands beams of light sprouted out everywhere blinding everything else around me as I turned away. The light in a flick stopped and the whole room went dark. I dropped the stone with an emotionless expression. "Uh yeah i'm never going to touch anything mysterious ever again. "Now I

have to pay for floor damage. Great," I said sarcastically. Suddenly sirens filled the air. Wow actual alien movies are coming to life, they must be here because of THE LITERAL PUFF OF SMOKE COMING OUT OF My HOUSE. I went outside. "Sure take my house or whatever." "What?" The cop questioned as he stepped out of the vehicle. "I said you can have the

extraterrestrial stone inside my home." "Your home? Okay nice try with your cheeky lies, now put your hands over your head." "WHAT?! WHAT DID I DO?!" "Yeah as if you did nothing Margaret!" "How do you know my name?!" "Oh no you forgot your name boo hoo let me refresh your brain. We finally found you killer."

"I have never killed anyone!" "Yes you have your a serial killer like everyone in the world knows you." My mouth dropped. I woke up only 5 minutes ago and this day is freaking me out to death. "Well than... I am just going to slowly back away." I was still facing the cops who were now all out of their cars pointing guns at me. I continued to back away until I was far enough away to

where I could turn and run. Their were than multiple gun shots firing in my direction but I was able to dodge into my secret bunker and lock the doors. The darkness consumed me but it gave no fear for the other things I had experienced this day. I could hear footsteps probably looking around for me. I quietly sighed out in relief as I stretched onto the ground. I wanted to say this was some

stupid prank but I knew it probably wasn't. "I've never killed anyone," I whispered. 10 minutes later... It sounded as if the cops had gone somewhere else so I slowly peeked out of the bunker seeing that no one was there. I climbed out cautiously my brain still hurting from trying to figure out this strange

event. I went back into my house, ready to make some peanut butter and jelly. But as I walked to the kitchen I stared into the hallway... my eyes went wide in terror. The crater was gone, there was no damage, it was as if it never was there. "OH MY GOD." Suddenly there was knocking at my door. "NOT AGAIN!" I looked through the peep hole to make sure it wasn't another police officer. It

was only my friend Shelby. I opened the door slowly. "Hey Shelby. Did you see any cops at my house? Or something fall out of the sky into my house?" "Margaret? Of course not what are you talking about? Oh I made these cookies for you since its almost Christmas." She handed me a tray of fresh baked cookies. The smelled splendid. "Shelby on the news did it say anything about me